US Session Forex Brief, March 7 – Risk Off Again as Markets Wait for the ECB - Forex News by FX Leaders 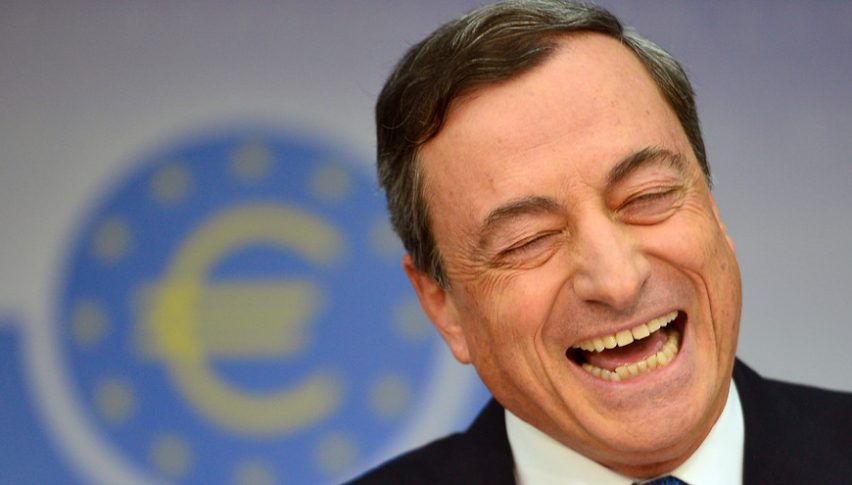 US Session Forex Brief, March 7 – Risk Off Again as Markets Wait for the ECB

The market sentiment has been quite positive this year after the doomsday predictions at the end of 2018 and, as a result, stock markets have been on a 2 month bullish trend. This week though the sentiment has shifted from positive to negative and vice-versa few times as uncertainty increases. Yesterday the sentiment improved for a moment and indices jumped higher, but it shifted again and stock markets declined. Today the decline has continued in indices which means that the sentiment is still negative.

You can observe the shift in the sentiment in USD/JPY. The JPY is a safe haven asset and as such it attracts bids when the sentiment in financial markets turns sour. The risk sentiment has been on and off this week and USD/JPY has traded in a range after the big bullish move last week. The same story you can see in Gold this week as it has also formed a tight range.

One of the reasons for the negative sentiment today is the ECB (European Central Bank) meeting which will commence shortly. The ECB kept the interest rates unchanged, not that anyone was expecting a change there. But, the press conference will be the biggest event where markets will concentrate, especially after the Reserve Bank of Australia and the Bank of Canada turned slightly dovish in the last two days from slightly hawkish, given the recent weakness in respective economies. The Eurozone economy is also experiencing a period of weakness as we have seen from the economic data in the last several months. So, will the ECB turn dovish today as well? That’s the big question that everyone is awaiting an answer to. 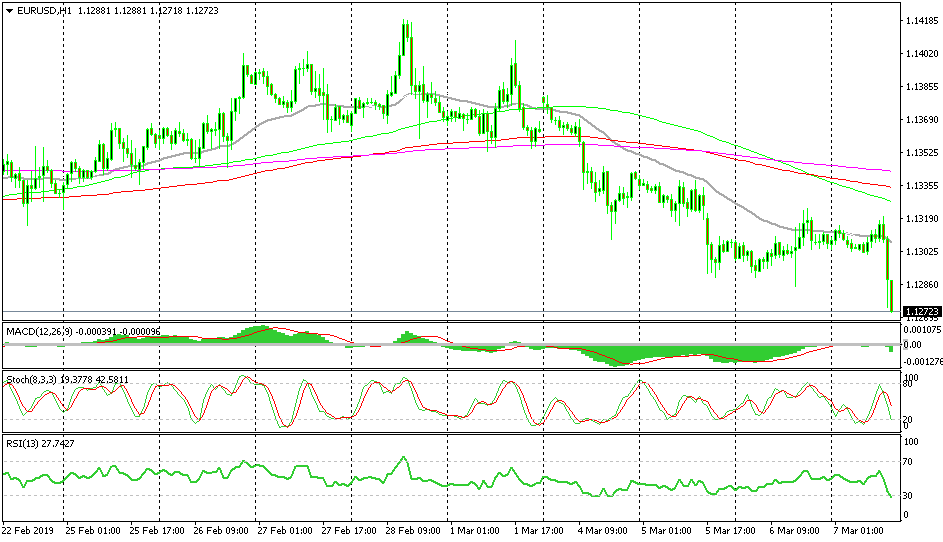 EUR/USD has been on a bearish trend since last week but it got stuck around the 1.13 level which has been providing support for some time. That level is now broken after the ECB accepted in the statement released a few minutes ago that they won’t be able to hike rates this year at all. Now, this pair is still slipping lower and I expect it to get even more dovish after the press conference from Draghi.

Things just got interesting while I was typing this forex brief. The ECB won’t hike interest/refinancing rates this year and it will start a series of two-year TLTROs in September. The precise terms of TLTROs will be communicated in due course. Euro has turned bearish. Now let’s get ready for Draghi’s press conference.