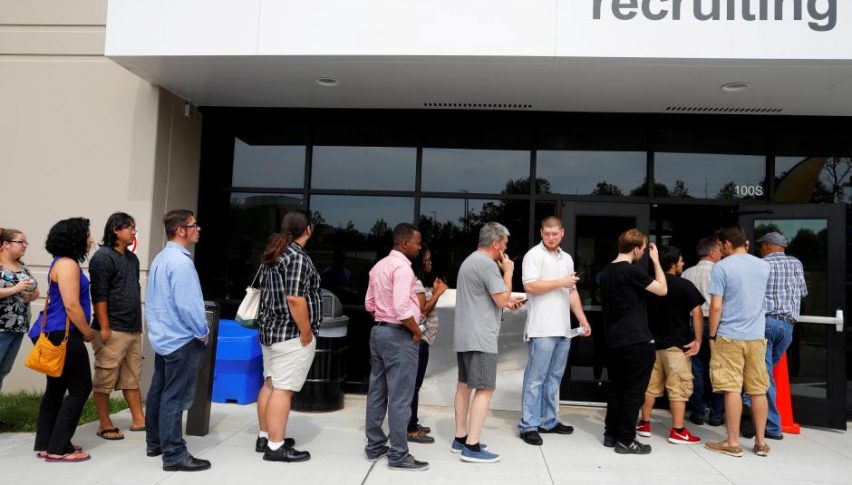 Great Round of Data From US Apart From Non-Farm Payrolls

Unemployment rate falls in the US while earnings increase

After yesterday’s surprise dovish reversal from the European Central Bank which turned the sentiment negative sending stock markets lower, financial markets were waiting for the US employment report. Actually, we had a round of important economic data being released from the US today and apart from non-farm payrolls which missed expectations big time, the rest of the figures were quite positive. Here is the table with all the numbers:

As you can see, the unemployment rate declined by 0.2% falling to 3.8% and exceeding expectations while at the same time the participation rate remained unchanged. This means that the decline in the unemployment was purely fundamental. The U6 underemployment also posted a massive decline.

Building permits and housing starts came higher, beating expectations. But, the most important component in the employment report are earnings. Average hourly earnings increased by 0.4% in February, which indicates that the jump in December wasn’t just a fluke.  Average hourly earnings YoY ticked higher to 3.4% against +3.3% expected.

But, the market seems more concerned by the small number in non-farm employment change. That was the only negative piece form this report. There is a 20k increase in non-farm payrolls which is way below the 180k expected, but that comes after two very strong numbers. This points to seasonally adjustment which happens from time to time. Nonetheless, the USD is still sliding lower slowly, but I suppose it will take some time for the markets to digest this report fully.