US Session Forex Brief, March 8 – Markets Wait for the US Employment Report After the ECB Carnage Yesterday - Forex News by FX Leaders 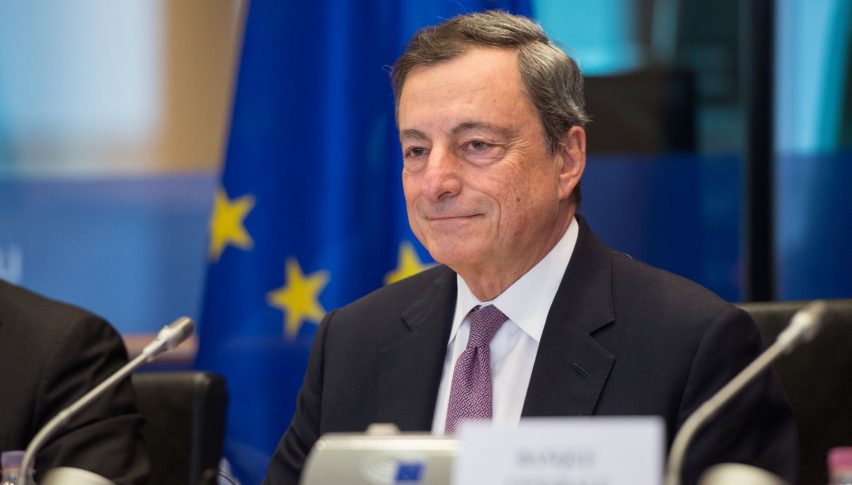 US Session Forex Brief, March 8 – Markets Wait for the US Employment Report After the ECB Carnage Yesterday

Yesterday the European Central Bank accepted defeat after promising to hike interest rates this year and they have been banging that drum for more than a year, despite a weakening Eurozone economy in 2018. But, things went from bad to worse as the economic data has shown in recent months and now the ECB finally accepted that they won’t hike rates this year. In fact, they will buy more TLTRO for a two-year period which means a more accomodative monetary policy.

On top of that, they revised the economic and inflation projections lower for this year and next year as well, which turned the sentiment negative in the financial markets. That sent stock markets diving lower yesterday as well as the Euro obviously, which finally broke the long term support above 1.12. Safe havens received some strong bids with Gold climbing around $10 during the Asian session today and USD/JPY declined 80 pips. I even heard today that Commerzbank analysts don’t expect a rate hike next year either and they say that the ECB will revise growth lower again.

Although, markets have been pretty quiet in the last few hours as we approach the release of the employment reports from the US and Canada. We have seen some strong employment numbers from the US for December and January as employment increased by more than 300k in those two months. Today though, employment is expected to cool off and come at 180k, but don’t rule out another positive surprise. The unemployment rate is expected to decline to 3.9%, but the most important will be the earnings report; although, let’s just wait and see when they get released. 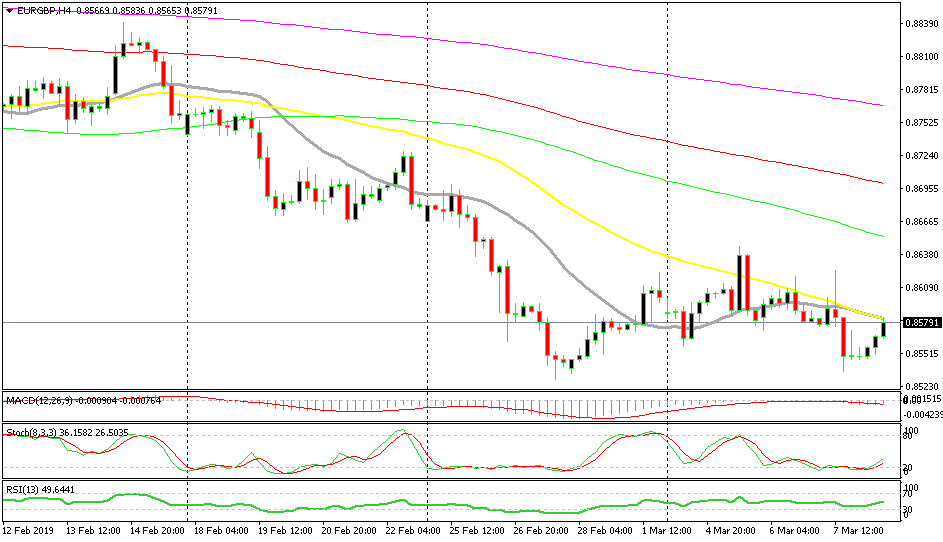 A while ago we opened a sell signal in EUR/GBP. This pair has been on a bearish trend for three weeks and yesterday it made another bearish move after the ECB turned from slightly hawkish to dovish. But we have been seeing a retrace higher today; the retrace is compete on the H1 chart and on the H4 chart above we have the 20 SMA (grey) and the 50 SMA (yellow) where the price is right now. The 50 SMA has been pierced before this week but the price has returned back below it, so let’s see how this pair reacts now.

The markets are still hungover from yesterday’s price action following the ECB decision to postpone the rate hike and add more TLTRO. But, the last few hours have been pretty quiet as we approach the release of the US employment and earnings reports which will be out in a minute, so let’s get this posted and concentrate on that event now.

RBA Expected to Raise Rates by 50 bps This Week, the FED and ECB Minutes Coming After
5 days ago