Will the Trend in Stock Markets Change Now That Three Central Banks Have Changed Direction? - Forex News by FX Leaders 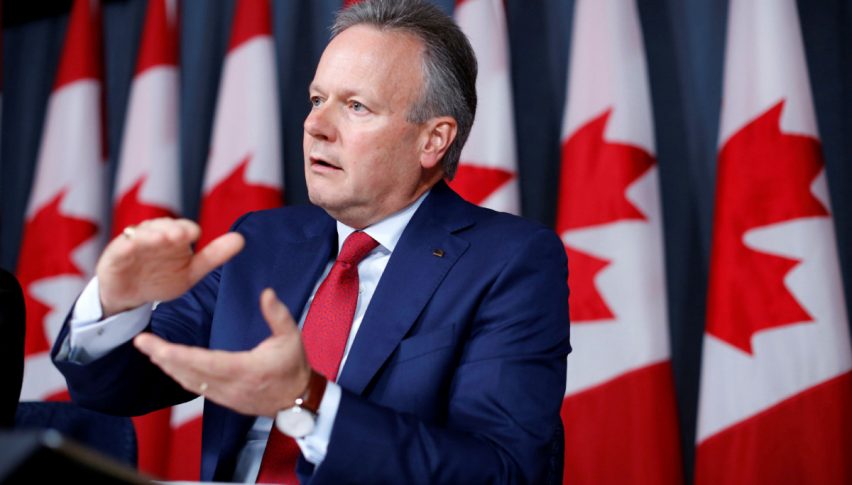 Will the Trend in Stock Markets Change Now That Three Central Banks Have Changed Direction?

Rates will remain this low for some time in Canada

The stock markets have been running on a bullish trend since the very end of last year when they made a reversal on Boxing day during thin liquidity, coming after months of steep decline. They have made quite a comeback so far this year, although they have retraced lower in the last several days. They bounced on Friday during the US session, but they ended the week lower nonetheless which might be the end of the two months’ uptrend. Major stock indices have reached some major levels, so a reversal on large time-frame charts is pretty much on the cards.

The thing is that this coincides with the direction change in the monetary policy of three major central banks – the Reserve Bank of Australia (RBA), the Bank of Canada (BOC) and the Federal Reserve (FED).

The Reserve Bank of Australia

It first started with the RBA on Tuesday when they released the Rate Statement in the Asian session that day. They were neutral before but now turned into slightly dovish. They proved to be right as the GDP report for Q4 of last year showed just a 0.2% growth that quarter, way below expectations which were for a 0.5% increase. The retail sales for January released two days later also missed expectations, growing by just 0.1% after coming from a 0.4% decline in January. So, good for them to foresee it. The AUD turned even more bearish this week due to these events.

The meeting of the Bank of Canada was on Wednesday afternoon and they also turned sort of dovish from slightly hawkish before. Here are the main comments from that meeting:

Main statement passage from the BOC from the previous statement: “Governing Council continues to judge that the policy interest rate will need to rise over time into a neutral range to achieve the inflation target.”

That is substantially different from the main statement passage from this week: “Governing Council judges that the outlook continues to warrant a policy interest rate that is below its neutral range. Given the mixed picture that the data present, it will take time to gauge the persistence of below-potential growth and the implications for the inflation outlook. With increased uncertainty about the timing of future rate increases, Governing Council will be watching closely developments in household spending, oil markets, and global trade policy. The slowdown in the global economy has been more pronounced and widespread than forecast. Trade tensions and uncertainty are weighing heavily on confidence and economic activity. The slowdown in the fourth quarter was sharper and more broadly based. Both exports and business investment also fell short of expectations in Q4 of 2018. It now appears that the economy will be weaker in the first half of 2019 than the Bank projected in January.”

The ECB has made some dovish comments in recent months but they have refused to fully accept the current situation that the Eurozone economy as well as the rest of the global economy is in, apart from the US. Italy has fallen into recession officially while the service and manufacturing sectors are in contraction in different major Eurozone countries. Yet, the ECB has been too relaxed about it, only mentioning moderate weakness occasionally, while they have been quite confident in substantial inflation, which has also weakened. But on Thursday the ECB changed its stance completely as if this period of weakness hasn’t started a year ago. Anyway, here are some of the main passages from this week’s ECB statement and press conference:
ECB changes forward guidance on interest rate and announces new TLTROs
Seems that the ECB went full dovish now, after being sort of balanced until the very last minute and they also downgraded Eurozone and global GDP and inflation outlook, together with the OECD. The other two central banks have also turned dovish. This hurts the investor sentiment in financial markets and that’s one of the reasons for the decline in stock markets this week. So, there is a chance that stock markets reverse for real and turn bearish in the coming months.

But on the other hand, this also means that three major central banks won’t turn off the tap of funds anytime soon. In fact, there will continue to be more free cash going around; the ECB is starting a new TLTRO program which will last two year. This is a bullish factor for stocks since a lot of that money goes into stocks. This opens another scenario, a decline as the sentiment turns deteriorates but then an reversal and a continuation of the bullish trend.

That might have actually happened since major indices declined this week but they closed Friday back up where they started, such as DAX. So, this scenario might be well underway. Although, we will see how they will trend this week which will be decisive for stock markets and the sentiment.