US Session Forex Brief, March 11 – Retail Sales Turn Positive Again in January in the US After a Horrible Month in December - Forex News by FX Leaders 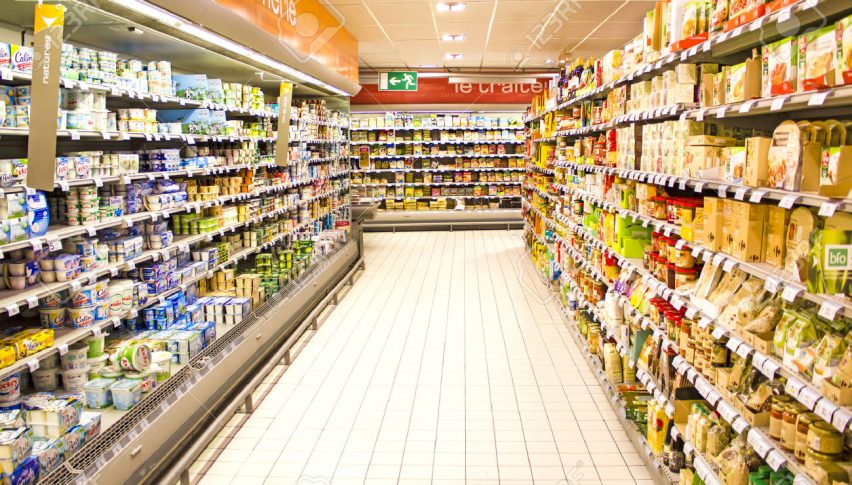 US Session Forex Brief, March 11 – Retail Sales Turn Positive Again in January in the US After a Horrible Month in December

Last week we left stock markets on the decline after they had a bad week as the sentiment in financial markets turned negative. Three major central banks (ECB, BOC and RBA) turned dovish last week from neutral/hawkish and the European Central Bank lowered the Eurozone and global growth and inflation expectations for 2019 and 2020, as did the OECD. That was more than enough to turn stock markets dovish but they made a comeback at the end of the week when they climbed higher during the US session. Today they have been undecided, apart from Boeing shares which continue to tumble after the crash in Ethiopia has forced other countries like China and Indonesia to halt flights of Boeing 737 jet crafts.

The Brexit saga continues and the GBP keeps following the comments up and down. There were rumours earlier this morning that instead of the meaningful vote tomorrow, Theresa May might go for a provisional vote, meaning that she will take the Brexit deal back to the EU for more concessions if the vote passes. That sent the GBP lower since it would mean more uncertainty for the UK economy, but the government spokesman said that the meaningful vote is on for tomorrow, which will be make it or break it. The GBP likes that and it climbed 100 pips higher after that.

Although, the most important event today was the US retail sales release. They were released an hour earlier for the rest of the world since the US has changed clocks already to summer time. This report was for January and it has late due to the government shutdown, but it was positive, beating expectations. Although, that came after a terrible month in December which turned out to be even worse today as those numbers were revised lower yet again. 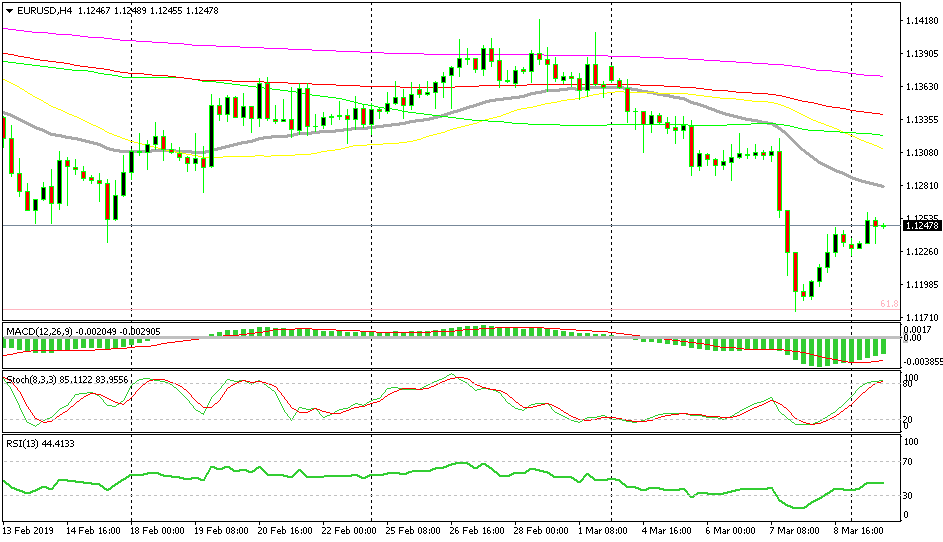 The Euro turned bearish two weeks ago above 1.14 but the bearish trend picked up pace after the ECB turned dovish and lowered GDP and economic growth forecasts. EUR/USD finally broke below the support at 1.12 and opened the door for extended downside movement. Although, we have seen this pair retrace higher on Friday and today as well, but the retrace is complete and the major trend is down, so we remain bearish on this pair.

The US session has already started since North America has moved an hour ahead since yesterday. The economic calendar is empty after the US data was already released. We will have to trade charts and the sentiment now but I don’t expect much action since the Brexit vote will take place tomorrow and the US inflation report will also be released tomorrow as well, so the market is getting prepared for those two major events.