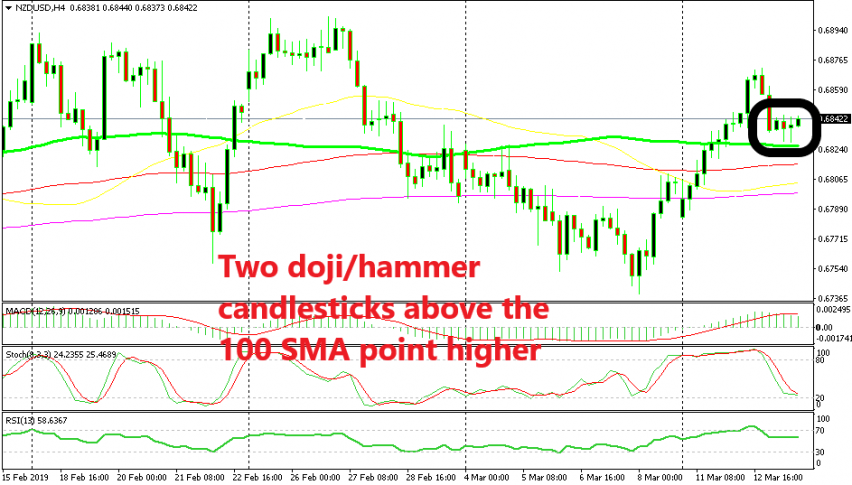 That trend has been continuing all this week and has climbed around 130 pips until the top yesterday. The price broke above all moving averages but retraced lower yesterday after forming a spinning top candlestick on the H4 chart, which is a reversing signal. The reverse followed that candlestick, but it seems now like it might have been just a pullback lower before the next move higher.

The 100 SMA (green) provided support today during the European session. Besides that, the stochastic indicator became almost oversold and it is now trying to turn higher. The price also formed a hammer and a doji candlesticks in the previous two periods and the current candlestick has started as bullish. So, this looks like a good bullish reversing setup. Anyone wants to go long from here?