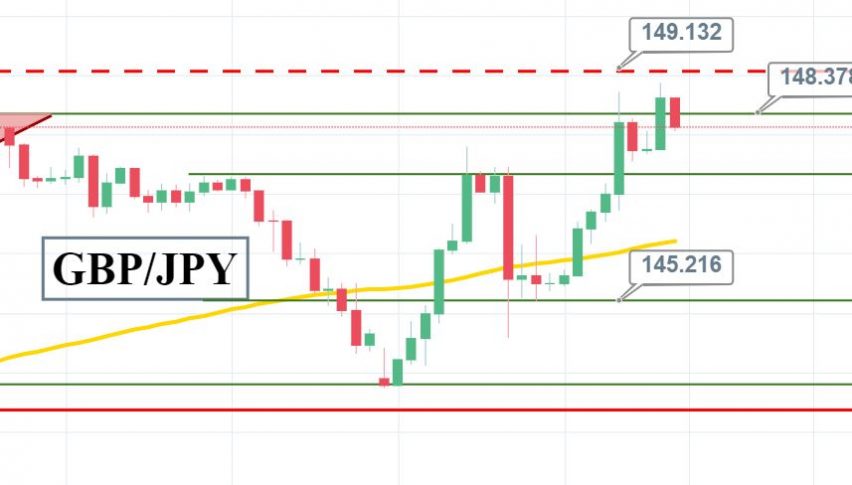 One of the hottest updates is that the United Kingdom’s Members of Parliament have voted by a majority of 211 for a Brexit Delay. The UK Prime Minister Theresa May will now be asking the European Union for a Brexit delay. It means the UK may not now leave on 29 March as previously planned.

As per initial estimates, the British PM Theresa May could delay Brexit by three months, to 30 June, if MPs back her deal in a vote next week.

Overall, the economic calendar remains a bit lite today. Therefore, investor focus will remain on the technical side of the market.

The GBP/JPY edged higher to reach below 148.700 on stronger Sterling. While the Japanese Yen weakened after the Bank of Japan kept monetary policy steady on Friday.

According to the Bank of Japan policy statement, “Exports have shown some weaknesses recently.” That demonstrates a dovish policy sentiment and weakness in the Japanese Yen.

On the technical front, the technical indicators are lining up for a bearish retracement. GBP/JPY is trading above 100 periods MAs suggesting a bullish momentum in the short-term.

GBP/JPY is facing strong support around 147.200 along with resistance at 149. We can also see a 100 periods moving average crossover at 146 which demonstrates a buying trend. So as per moving average, the prices of the pair should be around 146.500. The thing is, the GBP/JPY has also formed a series of reversal candles below 149, which signifies a bearish bias of traders.

The technical side of the market hasn’t changed much since yesterday. The GBP/USD is likely to gain support around resistance become support level of 1.3235. The bearish breakout can push it deeper towards 1.3145 and 1.3055. On the upper side, the pair has the potential to go after 1.3370 today.