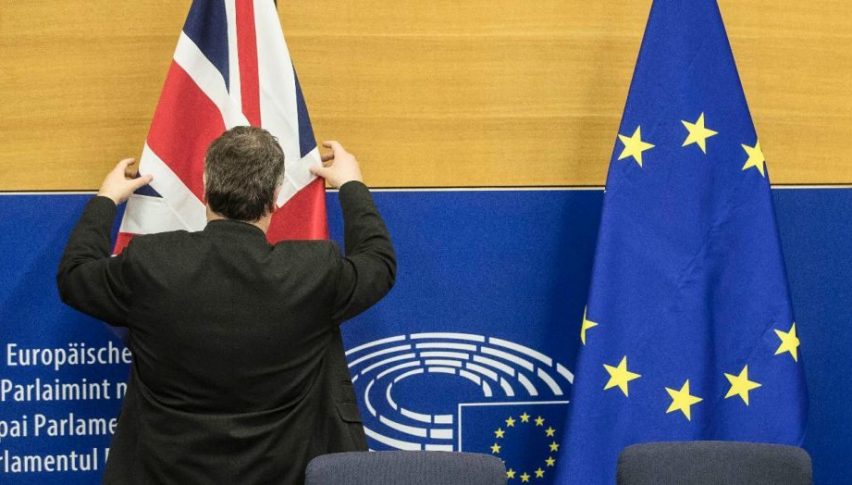 UK will participate in this year's European elections in May

The period of weakness continues today again for the US Dollar. Everything has been gaining on the expense of the Buck. Safe havens such as the JPY and GOLD are on the uptrend and at the same time the risk assets such as the stock markets and the commodity Dollars are also climbing higher. Speaking of commodity Dollars, China said early this morning that it will strengthen inspections and testing of Coal imports, yet the Aussie didn’t dive lower like it did last week when China closed the Dalian port for coal imports. Australia exports lots of coal and and other raw materials to China, so this hurts relationships further between the two countries, but we should keep this in mind for the larger picture for the Australian Dollar.

Although, the UK was back in focus today. The employment report was quite impressive once again with unemployment rate ticking lower to 3.9% and the 3-month/year average hourly earnings remaining at the highs. The year/year weekly earnings climbed to the highest since 2008 before the financial crisis. But, the GBP is trading Brexit now so it ignored the data. Speaking of Brexit, everything points to another extension but we will see if it will be a long or a short one. The CAD is the strongest currency today as USD/CAD has lost around 100 pips today but most of that decline came in the last hour as Oil prices made new highs today. 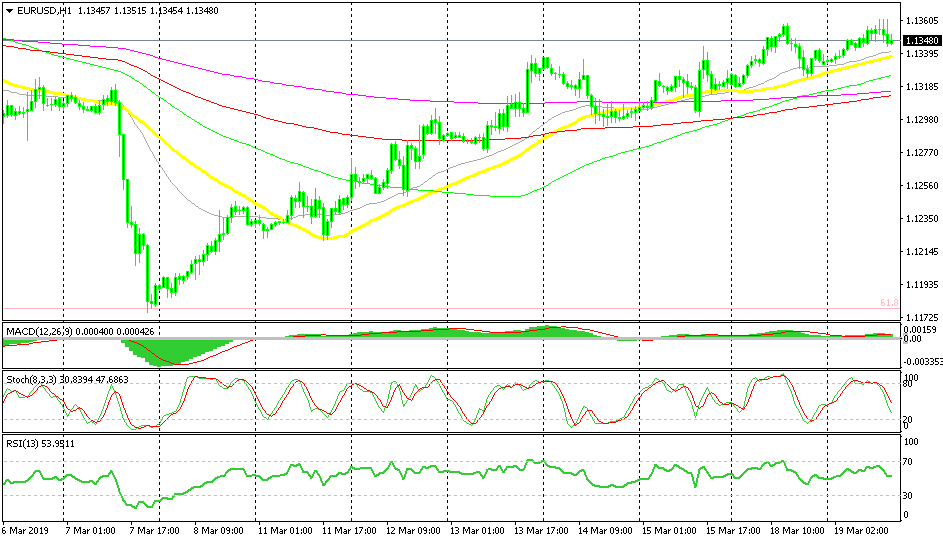 Last week we got caught on the wrong side of the EUR/USD as this pair made a bullish reversal and climbed more than 100 pips higher. This week the uptrend is stretching further so we have changed direction and have a buy signal from yesterday. In the last few hours though, EUR/USD has been trying to retrace lower but the price is quickly becoming oversold as stochastic shows which means the retrace will be complete. The 50 SMA (yellow) is also waiting to provide support lower.

The US Dollar continues the strange weak period. The factory orders didn’t help much as they came soft for another month, but the demand for safe havens has dried up in the last couple of hours as USD/JPY and EUR/CHF climb higher, although, Gold continues to march higher. So, these are the markets right now.