Stock markets made a strong bullish rally yesterday during the European session, probably affected to some degree by the impressive UK earnings and employment report. But, they turned bearish in the US session and lost all the gains just as quickly and the bearish trend has been continuing during the Asian and the European sessions today.

German [[DAX30]] gained around 180 pips in the European session yesterday but it has given back more than 230 pips since then as the sentiment in financial markets turned negative ahead of the FED meeting this evening. As a result, risk assets such as stock markets are falling while safe havens such as Gold are climbing higher.

But, DAX is now oversold on the H4 time-frame as you can see from the chart above, which means that the pullback is complete. Besides that, the 50 SMA (yellow) which was providing support in January is again doing so and the 100 SMA (green) is also catching up, so the support will get stronger just below the 11,600 level. 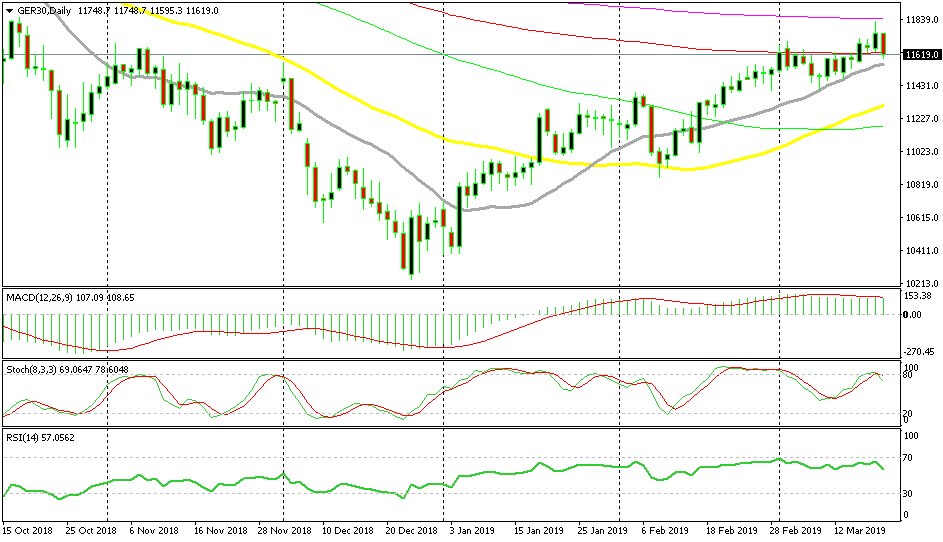 The 50 SMA is already providing support for DAX

If we switch to the daily time-frame, we see that the price feel pretty close to the 20 SMA (grey). This moving average has been providing decent support this month when stock markets had a period of weakness in the first two weeks, so a reversal from here is possible, judging by these two charts. In fact, the price has already started to reverse higher as it is bouncing of the 50 SMA in the H4 chart. I would like to go long from here, but the FED meeting might turn stock markets even more bearish and ruin everything.