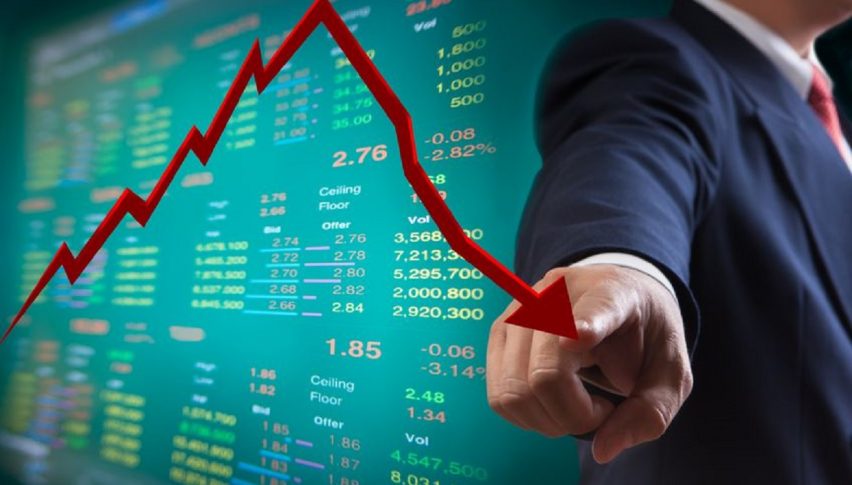 Yesterday was the FED meeting in the evening. The US economy has improved somewhat in the last couple of months after seeing some soft signs in the winter period, so if anything, the FED would sound a bit more hawkish than in the previous meeting. But we got a surprise as the FED turned more dovish and now markets expect an interest rate cut next year more than a rate hike. Here are rate move expectations compared on tables from this meeting and the previous one:

Now, markets are pricing in a rate cut in January next year. Chairman Powell was pretty dovish on China and the Eurozone but I thought that he would be more hawkish/less dovish regarding the US economy which has shown signs of improvement in recent weeks. But, he said that conditions favour a more accommodative approach and the FED lowered GDP growth expectations to 2.1% for 2019 vs 2.3% in December and to 1.9% vs 2.0% in December.

As a result, the USD lost around 100 pips and the sentiment turned negative, which has hurt stock markets and helped safe havens. Today we had two more central bank meetings from the Swiss National Bank and the Bank of England. But, they repeated the same things we have heard before, so they didn’t have any impact on the markets. 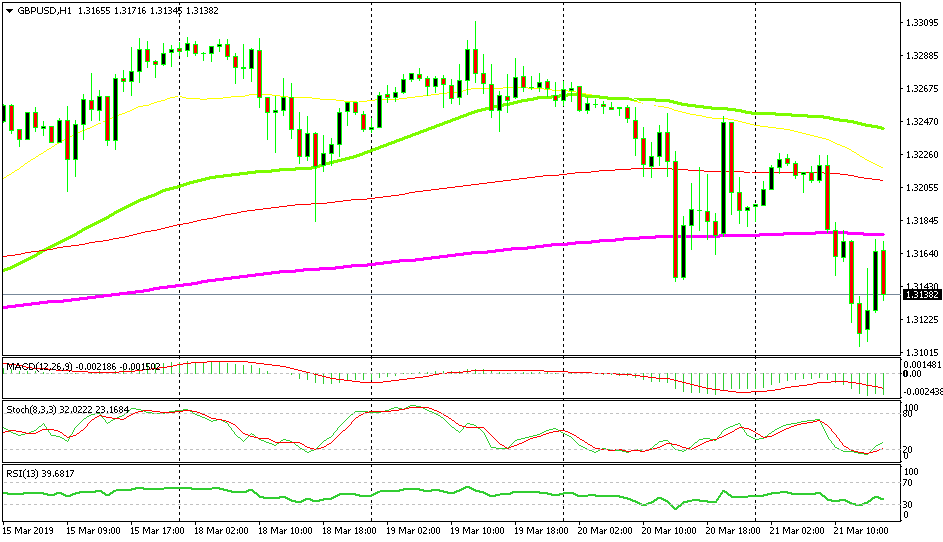 The 100 SMA is providing resistance on top

GBP/USD has turned bearish this week as Brexit is heading towards another extension. Although the situation is not clear as Theresa May wants an extension until June 30, while the EU only offers two options, the end of May or the end of this year. This has increased the uncertainty and GBP/USD has been declining. Although, we saw a retrace higher in the previous two hours but the 200 SMA (purple) which used to provide support yesterday has now turned into resistance. The price is turning down again now so we have a bearish bias for this pair.

The market sentiment has been pretty negative in the last few trading session but it seems to be improving now. The decline in stock markets has ended and they are reversing higher, as is USD/JPY. The strong reversal in the Philly FED manufacturing index which suggests a big improvement in this sector this month is helping as well.