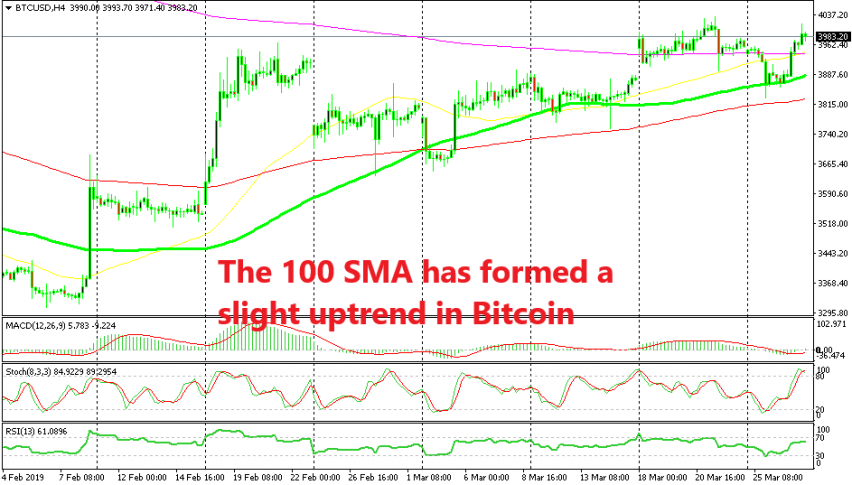 Bitcoin is still on a bullish trend

The decline in cryptocurrencies stopped at the beginning of February and last month cryptos made a decent move higher. BITCOIN climber around $700 but it didn’t push above the 200 SMA on the H4 time-frame chart as you can see above. Although, the 200 SMA (purple) was finally broken last week, which opened the door for further gains.

The price dipped back below this moving average this week and fell close to $3,800, but the 100 SMA (green) provided support and the price reversed back up, pushing above the 200 SMA again and holding on. So, it seems that the 100 simple MA (green) has now turned into support for Bitcoin.

It was the 100 smooth moving average (red) which provided support a few times about a month ago, but it seems that the 100 simple MA has now taken its place. This moving average is climbing higher and since it has turned into support, it means that it is forming an uptrend in Bitcoin.

The uptrend has became weaker recently as the resistance zone above the $4,000 level keeps holding on. Now it remains to be seen whether the buyers will finally break the resistance zone which stretches up to $4,200 or the sellers will push below the moving averages and reverse the trend to bearish once again.