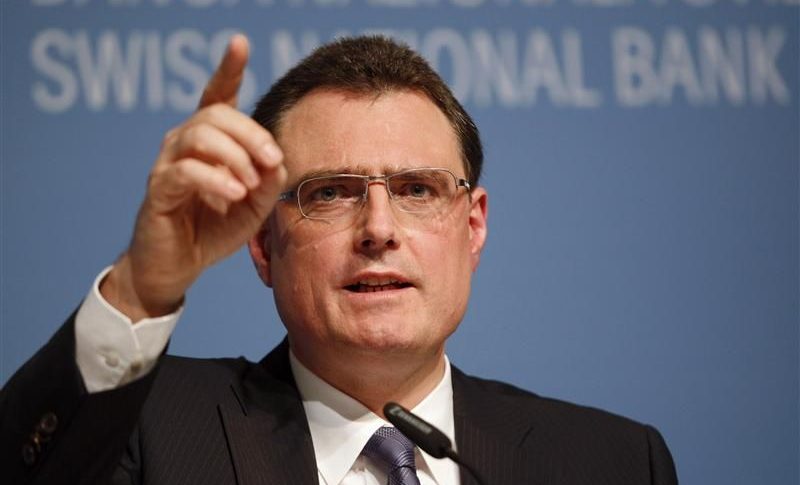 EUR/CHF Slows the Downtrend Despite the SNB Pledging on Intervention

We will keep intervening in forex forever

EUR/CHF was trading in a 100 pip range during February and the beginning of March. But, this pair turned bearish by the middle of last month and in the last two weeks we have seen this pair form a consistent bearish trend. The trend has been defined by the 50 SMA (yellow) on the H1 chart.

We decided to make use of this moving average and get in on the downtrend, so we sold this pair when the price was retracing higher. The buyers were having trouble again at the 50 SMA and the stochastic indicator was overbought on this time-frame, which suggested that the pullback was complete.

So, short we went and on Friday we left this signal 20 pips in profit when the markets closed as the sellers tried to resume the downtrend again. I thought that we would wake up today to find this trade closed in profit since the price was pretty close to the take profit target, but the improving sentiment today turned the price bullish during the Asian session. 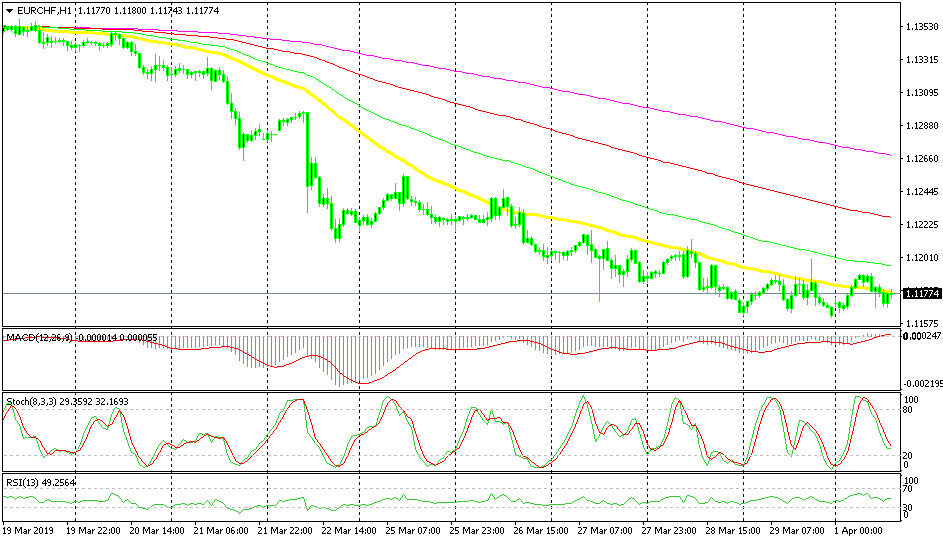 The Swiss National Bank (SNB) also pledged earlier today again to keep intervening, which should have turned this pair even more bearish and, in fact, it has reversed lower during the European session, but it is not exactly running down, which means that the downtrend has slowed now.

The preferred SNB target for EUR/CHF is between 1.12 and 1.14 and we are below the lower target of that range, so the sellers are easing on their positions now and not being too aggressive. So, it remains to be seen whether the buyers or the sellers will take charge from here now. We support the sellers since we are short.