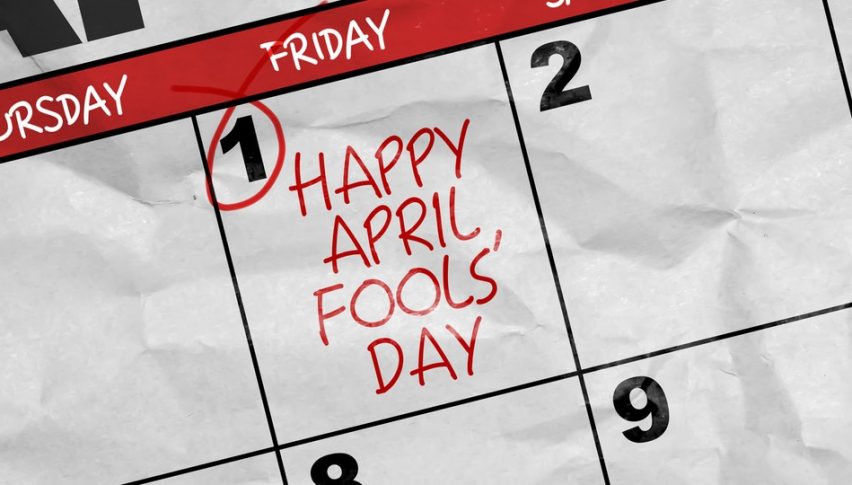 US Session Forex Brief, April 1 – Markets Trying to Fool Us on Fools Day

Today is April 1 which means Fools Day and it seems like markets are playing the fools game with us today. EUR/USD has turned bullish today which doesn’t seem right since the economic data from the Eurozone today was horrible once again. The final reading of the manufacturing PMI reports for Germany, France and the Eurozone dipped even lower than the prelim reading two weeks ago which sent the Euro tumbling. This reinforced the idea that the Eurozone economy, and particularly the manufacturing sector, is heading towards the abyss.

On top of that, the inflation report released later this morning was pretty disappointing too. Headline CPI (consumer price index) number ticked lower to 1.4% from 1.5% previously while core CPI lost two points, falling to 0.8% from 1.0% last month. If you remember, the Euro turned massively bearish two weeks ago when the prelim manufacturing readings were released, but it has been climbing higher today, talk about Fools Day.

GBP/USD has also climbed around 100 pips higher as well today despite the failed Brexit vote on the British Parliament last Friday which was the third time that Theresa May lost. But, the UK manufacturing PMI jumped higher this morning which gave the GBP buyers a reason to go long, although the details of that report weren’t so positive. The US retail sales report which was released about an hour ago, showed another decline in sales for February, but January’s revisions took some of the heat off for the USD. 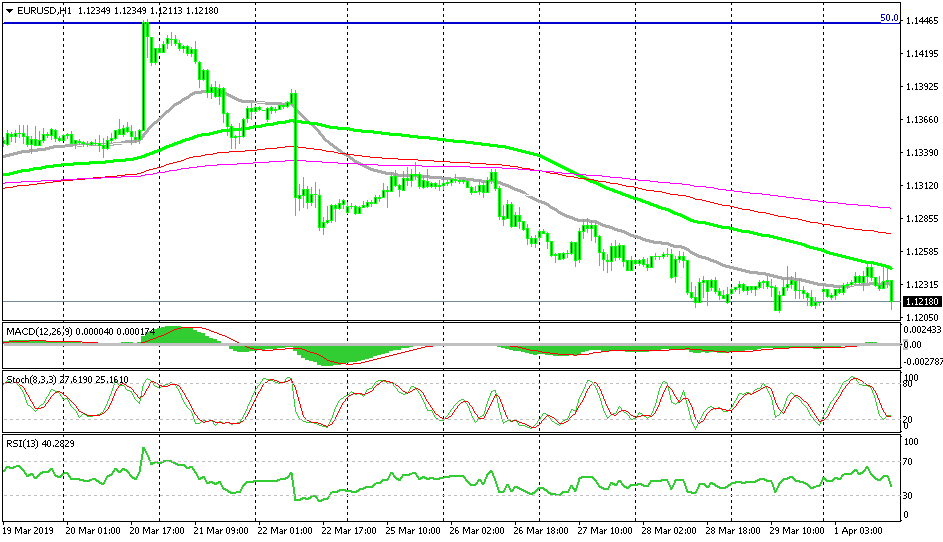 EUR/USD remains on a downtrend

We sold this pair last Friday as it was retracing higher and finding resistance at the 20 SMA (grey) which had been providing resistance for about a week. The 20 SMA was broken today but the 100 SMA (green) turned into resistance this time around and it killed the retrace higher. The US manufacturing report that was released just now was quite impressive, which gave this pair a push lower, so the picture seems bearish now.