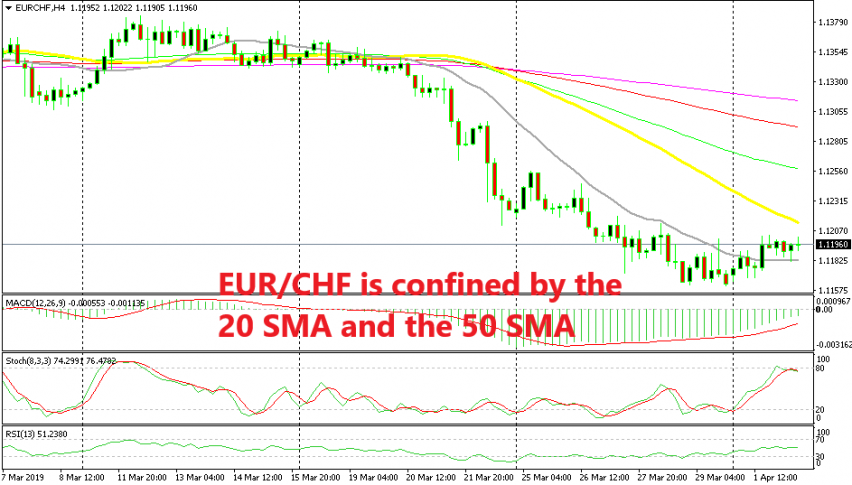 EUR/CHF has Entered a Range as Risk Sentiment Improves

The H4 chart is overbought now

EUR/CHF made a bearish move two weeks ago and it declined around 200 pips. The sentiment in financial markets turned negative after the deep dive in German manufacturing PMI figures and the dovish shift for several major central banks. As a result, the Euro and other risk currencies went down, as did stock markets, while safe havens climbed higher, hence the decline in EUR/CHF.

Although, this week the sentiment seems to have improved. Stock markets are considerably higher with Dax30 nearly 200 pips up in the last two days. The Euro is continuing the downtrend this week but the safe havens have lost their appeal, hence the pullback in EUR/CHF.

During the downtrend of the past two weeks, the 50 SMA has been providing resistance and pushed this pair lower, while on the H4 time-frame, it has been the 20 SMA (grey) doing that job. But the buyers pushed above this moving average yesterday.

Now, EUR/CHF is trading between the 20 SMA which has turned into support at the bottom and the 50 SMA (yellow) at the top. We’re short on this pair and stochastic is overbought, so hopefully the pullback will be over soon and bears will resume the downtrend.