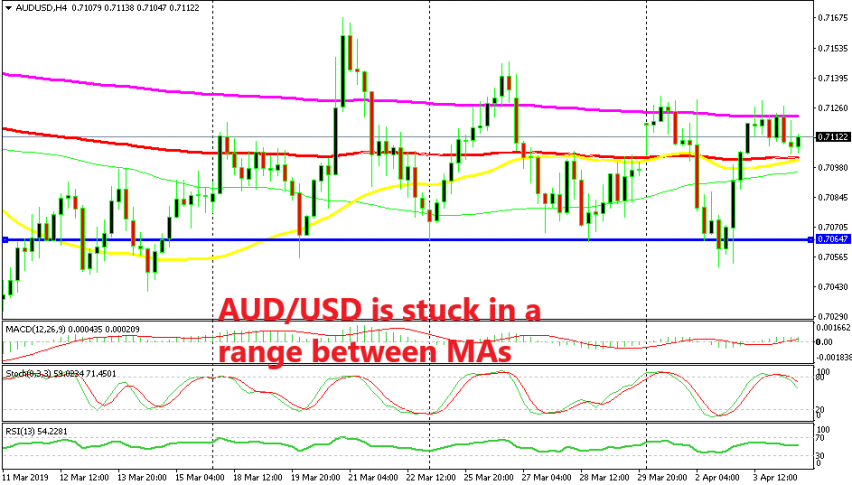 Let's see which side of the range will break first

The zone surrounding this moving average provided resistance at the beginning of the week after the bullish gap when markets opened on Monday, and it has provided resistance again in the last few sessions. AUD/USD dived lower earlier this week after the Reserve Bank of Australia turned dovish but it reversed back up yesterday amid improving sentiment in financial markets.

Retail sales in Australia beat expectations yesterday and the Chinese services and manufacturing PMI reports this week have shown considerable improvement in these sectors, suggesting that the stimulus from the Chinese government is starting to work. The price slipped lower today after failing to break above the 200 SMA despite piercing it a few times, but the 100 SMA (red) provided support.

The 50 SMA (yellow) has caught up with the price as well now, which is adding more strength to the support. So, at the moment this pair is stuck between the 200 SMA at the top and the 100 SMA at the bottom on the H4 time-frame chart.

We will see where AUD/USD will head after one of the moving averages is broken. If the MAs at the bottom get broken, then the chances are that we will see this pair drop to the support area around 0.7050-60. If the top MA goes, then it will open the door for 0.7150-60 where the 100 SMA waits on the daily chart.