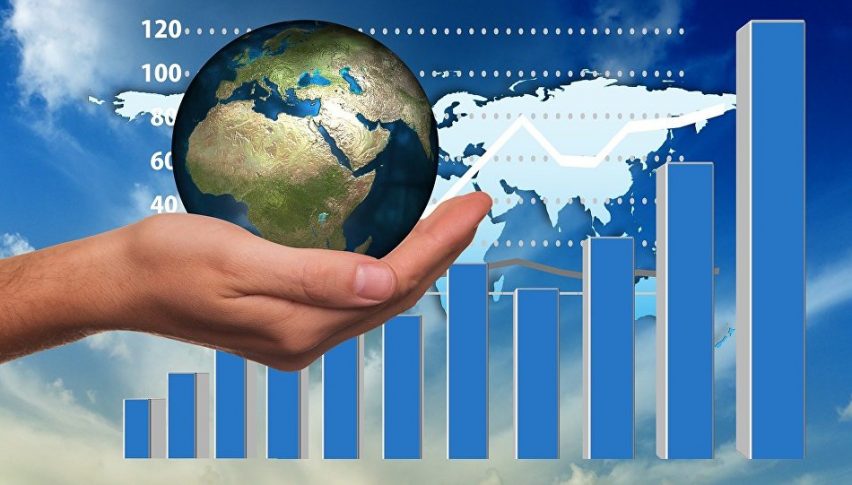 Will we see a reversal in the global economy in Spring?

The global economy had a great period from 2014 to 2017. Developed economies except Japan were expanding with a solid pace which kept picking up pace, which was also spilling out on emerging markets as well. Emerging markets were benefiting from the expansionary monetary policy of major central banks too. The services and manufacturing sector across The Eurozone, the UK, Australia, Canada and the US. Despite Brexit, the British economy was holding up well, as global economy expanded. Services PMI which is the most important sector in that country was fluctuating around the 55 level at the start of 2018 and continued like that until summer.

In the Eurozone, the services PMI was holding at 57-58 points at the beginning of last year while the manufacturing PMI was at around 60 points, both in the Eurozone and the US, which means a great pace of expansion in that sector. Canada and Australia were trailing behind with both economies in a pretty decent shape.

The major central banks had started to turn hawkish and the FED had already been hiking interest rates for the past two years, but the global economy started taking a U-turn to the downside which accelerated as the 2018 progressed. Several issues were responsible for this downturn, among them the trade war with tariffs from the US on China and other countries, the cyclical periods and the beginning of monetary tightening from central banks.

The last point is an important one, because economies seem to have been addicted to the enormous amount of cash being pumped into the system from central banks. Once the tap was being turned off, the global economy started to feel the effects again, which raises the question whether the crisis following the 2008 financial crash is really over. So, the global economy kept deteriorating as 2018 went by and certain sectors of major countries around the globe fell into contraction.

Signs of a Deteriorating Global Economy

In the last three months crude Oil prices have been increasing, but that’s due to OPEC’s intervention, otherwise Oil would till be declining, as we saw during the last three months of last year. Nonetheless, in the last one or two months we have seem some promising signs. The Chinese government has started a stimulus programme which seems to be working already as the manufacturing sector has stopped contracting and we have also seen some positive signs from Europe and the US.

As you can see, there are a lot more signs of a slowing global economy. But, we have been seeing these during the last few months of last year and the first 2-3 months of this year. On the other hand, the positive signs are pretty recent. In the Eurozone, the manufacturing sector is the most important and it is still contracting, but the reversal in the services sector is a sign that perhaps manufacturing will reverse higher as well in the coming months.

The investor and the consumer sentiment is not deteriorating anymore in the US and Europe and most importantly, the economic stimulus from the Chinese government is already starting to work. Manufacturing and services PMI as well as Caixin manufacturing showed some surprising numbers in the last reading.

If the Chinese economy makes a turnaround, then commodity currencies such as the AUD and the NZD are going to reverse higher as well, so we have to keep an eye on the data. AUD/USD did jump higher at the beginning of this week after the positive Chinese manufacturing data at the beginning of this month. An improving economy would also improve the sentiment in the financial markets which would help stock markets further, especially after major central banks have pledged to keep pumping cash as they turned dovish again last month. Although, this is just one round of positive data, we have to see if this turns into a trend in the coming weeks, so follow us for more info and updates on this topic.

Forex Signals Brief for August 4: BOE Bonanza As the 6th Rate Hike Planned Today
4 days ago
Will Europe Avoid Recession As Services Get Revised Higher?
Eurozone services for July were revised higher today after the really weak numbers we saw in the first reading
4 days ago