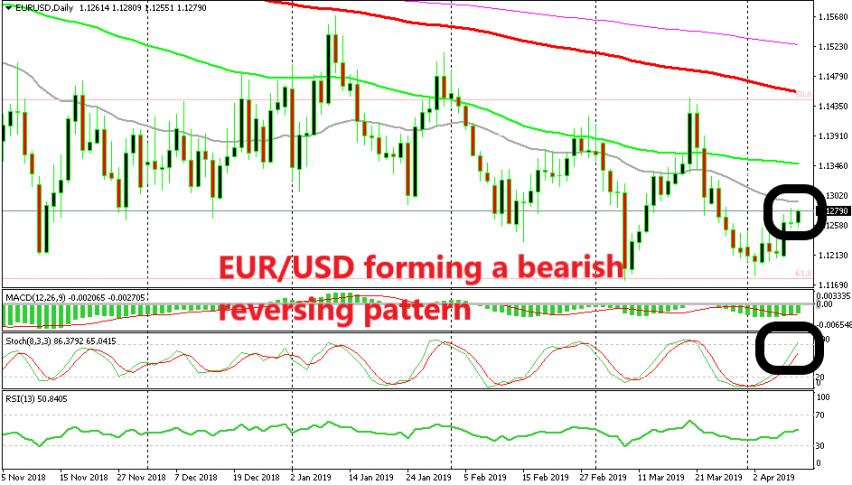 The press conference from Chairman Mario Draghi will begin shortly and the Euro seems to be waiting for it. EUR/USD is trading below the 20 SMA (grey) as you can see from the daily chart above. The picture now points to a bearish reversal because stochastic is overbought now.

Besides that, yesterday’s daily candlestick closed as a doji which is a reversing signal after the bullish retrace higher so far this month. The price is much lower from the 1.1400-50 level where we have seen this pair reverse in the previous months, but the ECB has turned dovish now from neutral a month ago, so expect the Euro to be more bearish than previously and the highs to move lower. So, a bearish reversal now is pretty much on the cards but everyone is waiting for Draghi to send this pair lower, so tick-tock.

Can the ECB Hike Much As Economy Heads Into Recession?
3 days ago