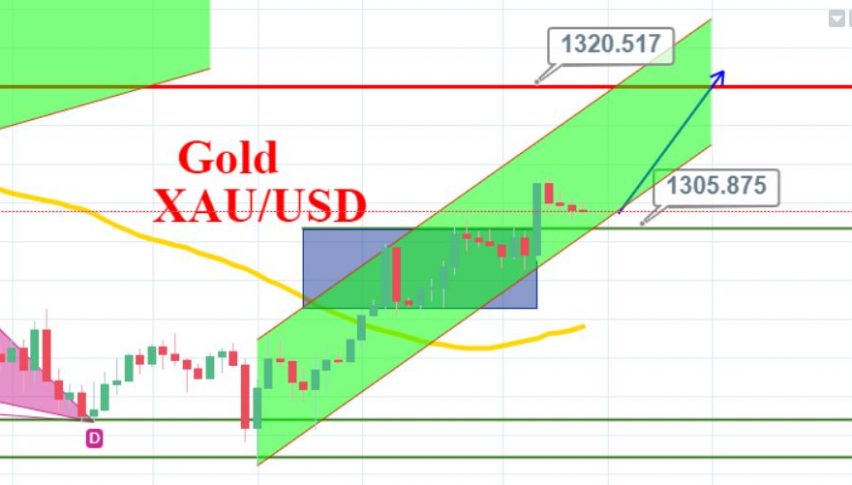 The yellow metal gold has had a remarkably bullish week as prices surged from $1,290 to $1,307. The past three trading days especially have resulted in a higher high, and a higher low than the previous day. Also gold is giving us consistent closing above the critical psychological level of $1300 per ounce.

ECB Supports Gold, But How?

The recent bullish bias has been triggered after the dovish remarks from the European Central Bank regarding the future policy. Economists have called Draghi’s latest press conference a “maintenance meeting,” as he indicated that the central bank is in a holding pattern and collecting more data before taking its next monetary policy move.

So this indicates a certain level of uncertainty among central banks, perhaps, due to the economic slowdown. Well, whatever it is, it’s boosting demand for the safe-haven assets like gold and silver.