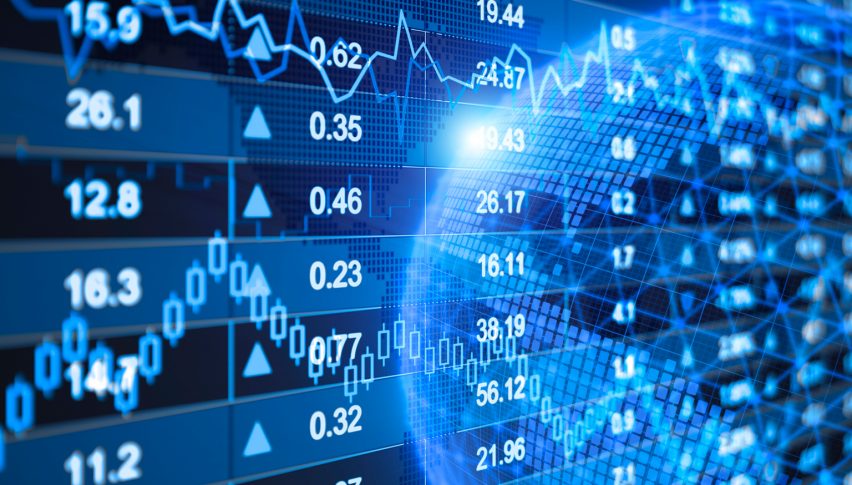 Financial markets have been pretty uncertain this week. During the first half, they were waiting for Wednesday, which had reserved quite a few important fundamental events. But today after those events are over, markets seem even more uncertain/confused now. The European Central Bank confirmed the dovish bias yesterday, but I suppose traders were expecting an even more dovish ECB.

After all, most economic indicators have turned negative and today, ECB economists revised growth and inflation forecasts even lower for 2019 and the next two year. The Euro lost around 50 pips yesterday but reversed back up and now it is more or less unchanged. US headline CPI inflation jumped higher in March as yesterday’s report showed, but core inflation, which is more important, remained subdued at 0.1%.

The FOMC minutes released in the evening which we covered live on our forex calendar didn’t clear the FED’s position regarding the monetary policy. Patience was once again the highlight of the meeting held two weeks ago, but at the same time, global risks were seen on the decline and the door was left open for one or two rate hikes later this year. In such periods when traders are uncertain about where to run to, the safe havens attract some decent bids and, as a result, GOLD has been climbing higher while USD/JPY continues to be bearish for the week. 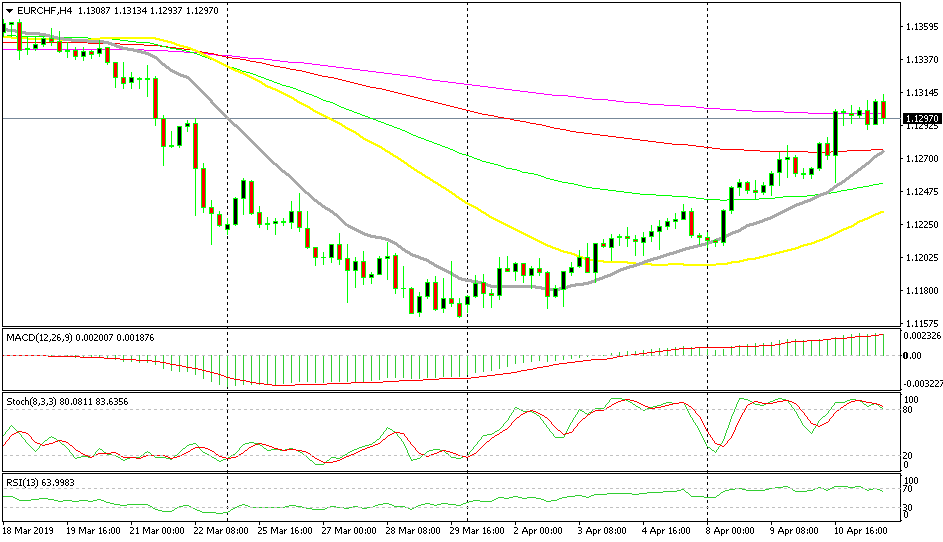 Last week we went short on EUR/CHF as this pair had been bearish for the previous two week. But, the trend shifted to bullish last week and this week the price has been advancing higher. The Swiss National Bank threatened with intervention last week and it seems that their threat is working well as the CHF has reversed lower, thus sending this pair higher. Now, the 20 SMA (grey) has turned into support for this pair on the H4 chart and is a good indicator to look for longs if the price retraces lower.

Markets continue to be uncertain this week as they turn bullish and bearish from one session to the next. The USD climbed higher yesterday after the higher CPI figures, but then it all reversed and the USD has been soft since then. But in the last few hours we are seeing USD bulls returning, so I suppose we will see choppy markets until the week ends tomorrow.