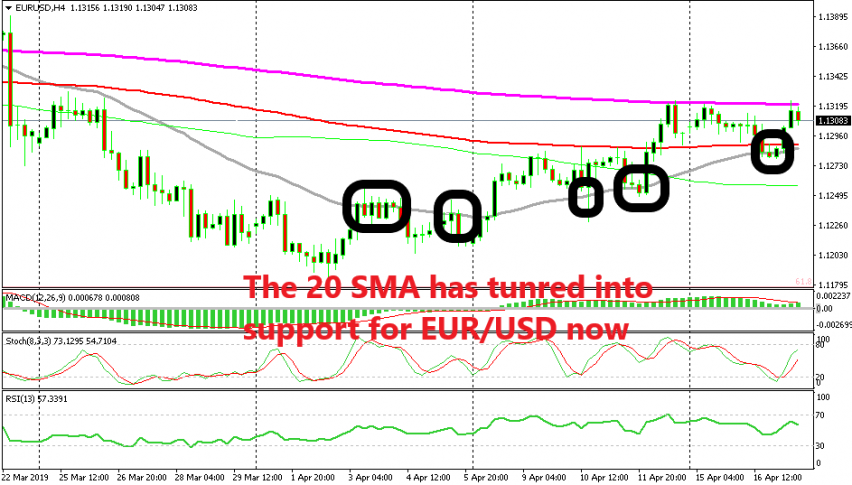 EUR/USD Still Trying to Decide in Between Moving Averages

EUR/USD still stuck inside the range

EUR/USD turned bullish two weeks ago and it has been on a bullish trend since then, which has been pretty slow but the price has crawled higher nonetheless. Although, the trend seems over now, or at least it has paused for the time being because we are not seeing this pair make new highs this week.

But, the trend reversal would be confirmed if the 100 SMA and the 20 SMA (grey) were to be broken, which didn’t happen. The 100 SMA (red) was the first target since EUR/USD has been trading in a range between this moving average and the 200 SMA since Friday last week.

Today we saw EUR/USD bounce higher off the 20 SMA, but the 200 SMA held as resistance again which is a good sign for sellers. But, if the trend is to shift to bearish again, sellers will have to push below this moving average.