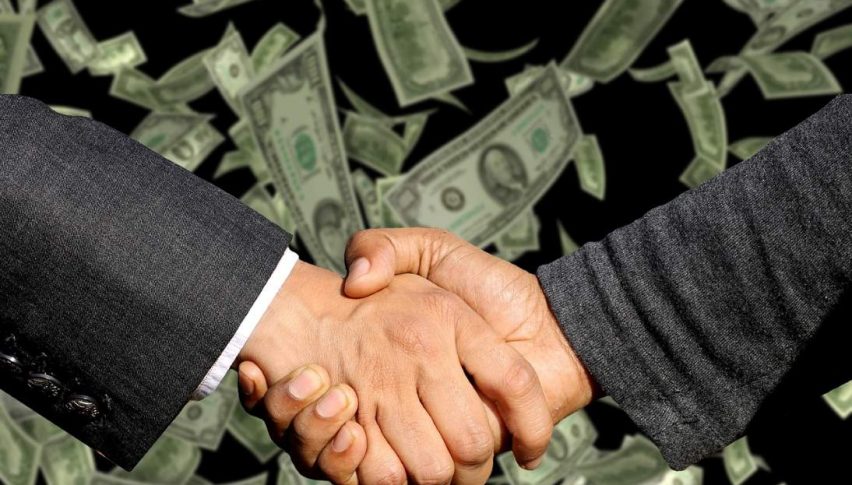 The U.S. Trade Balance Fell To Its Lowest Level In 8 Months In February.

During the pre-Wall Street open, the U.S Trade Balance (February) fell by 3.4% to its lowest level in eight months. Growing exports in automobiles and airplanes were the leading reasons for the drop, with the final tally coming in at -$49.4 billion. The markets have largely ignored the data, with the DJIA (-25), S&P 500 (-2), and NASDAQ (-8), falling modestly for the first half-hour of trade.

Foreign trade has been a staple of the Trump administration’s agenda. Although February’s trade balance figures are an improvement, levels still remain weak. Given no resolution to the U.S./China trade standoff or Congressional ratification of USMCA, most analysts are expecting this number to grow as 2019 rolls on.

S&P 500 Reverses Off Of Early Highs

The S&P 500 SPX has reversed its course following a test above Tuesday’s upper extreme. For the session, the S&Ps are now in the red, falling from intraday highs above 2923.00.

Overview: From a technical standpoint, there really isn’t a whole lot to say about the S&P 500. This market remains in bullish territory and the uptrend of 2019 is valid. Buying dips is an ideal way to trade this market, assuming the daily ranges open up a bit from current levels. If we see a negative close today, then a late-week long trade may come into play.

During the U.S. overnight session, China’s GDP outperformed projections on a year-over-year basis. Also, China’s Industrial Production shattered estimates (5.9%), coming in at 8.5%. For the moment, it appears that traders are taking these figures into account and limiting exposure to the U.S. indices.