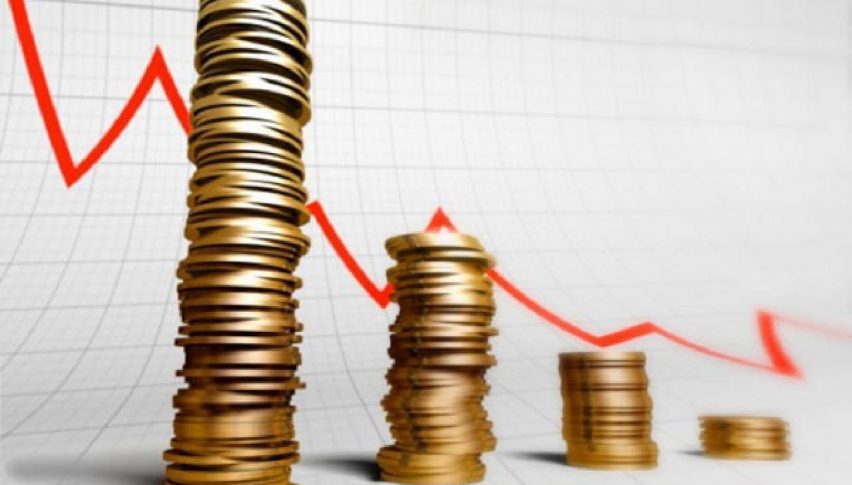 Earnings decline in relation to inflation

Stock markets turned bullish last week after a dip at the beginning of the week on Donald Trump’s tweet about tariffs on $11 billion worth of European goods. The threat still stands and the EU has threatened retaliation which would open another war front in this global trade war. Yesterday we heard the EU Trade Commissioner Cecilia Malmstrom say that the EU will publish a list of US goods targeted for retaliation if Trump goes ahead with tariffs. But for now, the sentiment is still positive and stock markets are benefiting from it, crawling higher and threatening record highs.

The forex market though seems as undecided as yesterday. In fact, the forex market has been undecided all week as most major pairs have traded in tight ranges and with good reason. The global economy has slowed considerably during the past year and major central banks have now shifted to bearish, so there’s no reason to buy any major currency right now. The final inflation report from the Eurozone for March confirmed the softness as headline CPI remained unchanged at 1.4% and so did core CPI at 0.8%. In UK inflation softened as well, but it still remains at a decent level. But all GBP traders are worried about right now is Brexit. 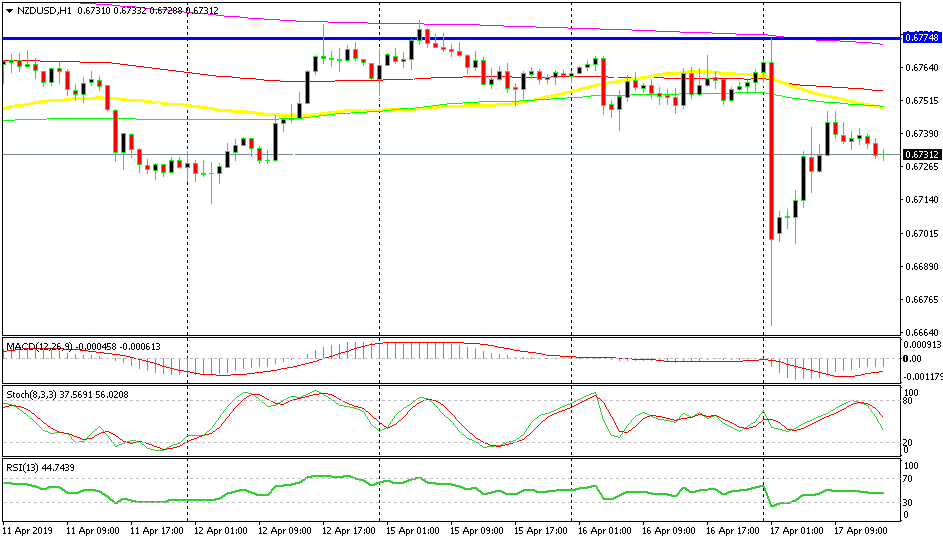 The 50 SMA has now turned into support for AUD/USD

Earlier, we went short on NZD/USD as this pair was retracing higher after the 110 pip crash during the night as the Q1 CPI inflation report missed expectations of 0.3% and only showed a 0.1% increase. The Kiwi has been sort of soft compared to AUD/USD which continues to be on an uptrend and now the situation has reversed to bearish for NZD/USD after the inflation report. We saw a retrace higher during the Asian session but the retrace is complete now and moving averages are providing resistance above, so I think that we will be safe with this trade.

This morning’s inflation reports from the Eurozone and the UK couldn’t move markets or their respective currencies. But now the Canadian inflation report is out and it showed a nice jump of 0.7% MoM once again for March and the YoY trimmed and median CPI moved two points higher, which has turned the CAD bullish. USD/CAD lost around 60 pips after the release.

Forex Signals Brief for August 11: Is US Consumer Sentiment Improving as Inflation Cools?
1 day ago