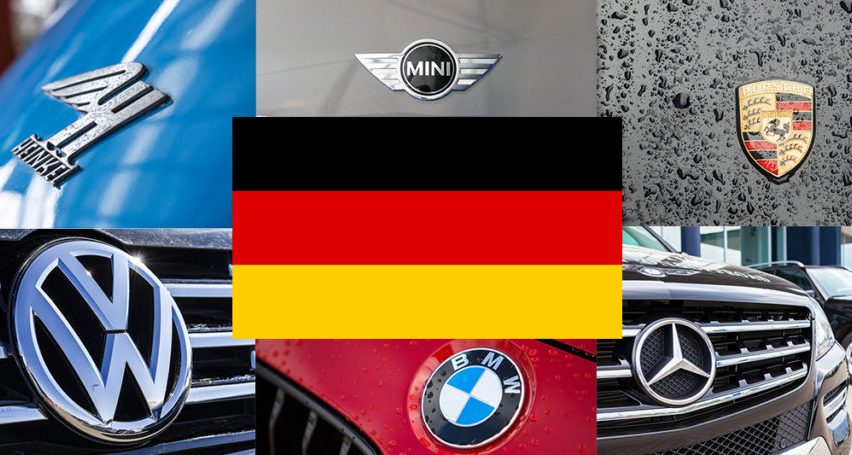 Anyone wants to buy cheap cars from Germany as demand falters?

Last month, the sentiment in financial markets turned negative after the Eurozone manufacturing sector showed a deep contraction. Many major central banks turned dovish from neutral or hawkish previously as the global economic slowdown intensified, which hurt the sentiment. But the sentiment has improved this month, especially after the Chinese manufacturing sector made a turnaround and came back into expansion. The improved sentiment has helped risk assets during April with commodity Dollars and stock markets on the climb, while safe havens have crashed lower.

Today though, the situation reversed after the manufacturing report was release this morning from the Eurozone. Manufacturing was expected to improve and despite a small improvement, the manufacturing activity remains very weak in the Eurozone, particularly in Germany. French manufacturing was expected to come back to expansion but it remained in contraction as well. The services PMI also posted another decline, which means more slowdown for this sector in the Eurozone. This shows that the global economic slowdown is not over yet, which has hurt the sentiment and sent safe havens higher, while risk currencies are declining. 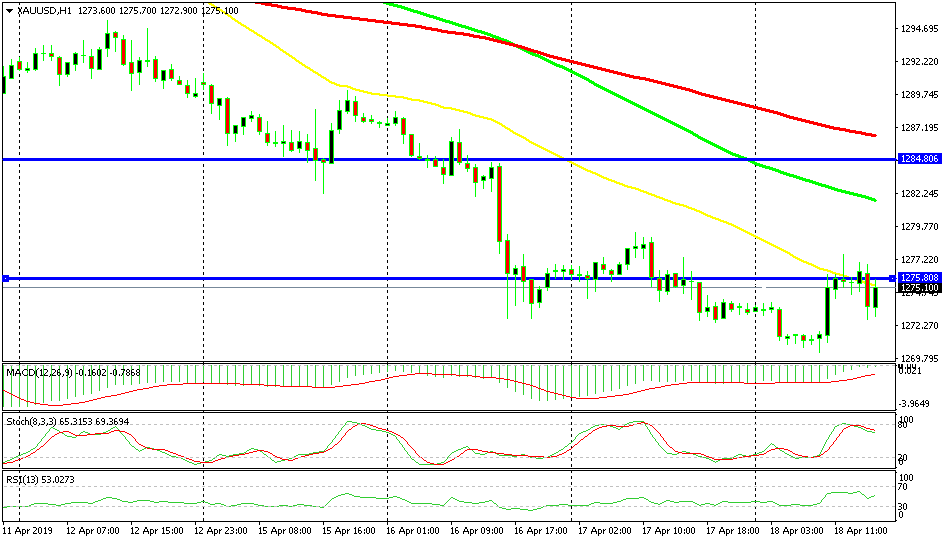 The 50 SMA has turned into resistance for Gold this week

Earlier, we went short on Gold as the price was retracing higher after the negative manufacturing PMI from the Eurozone which hurt the sentiment. The main trend has shifted to bearish for Gold and the US retail sales report gave the USD a reason to rally and turned safe havens upside down. The retrace higher was also complete as stochastic shows. The previous support level has now turned into resistance at $1,275 and the 50 SMA (yellow) is also providing resistance, so it seems like a bearish reversing chart setup has formed in Gold now.

The manufacturing reports from Europe hurt the sentiment in financial markets earlier, which sent risk assets lower and safe havens higher. But the retail sales from the US and Canada showed a nice jump for March and February respectively which seems to have shifted the sentiment to positive once again, especially for the USD.