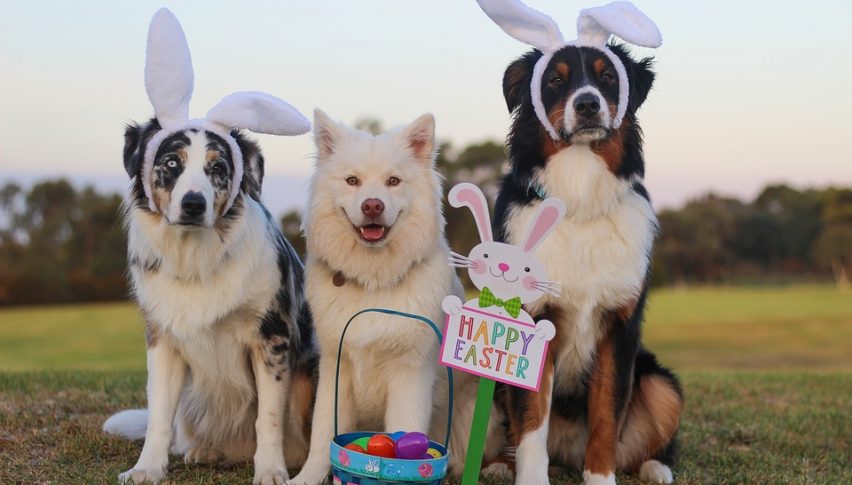 Howdy, fellows. Team FX Leaders wishes Happy Easter to you and your family. With the Easter holiday just ahead, the economic calendar remained light on Friday, and we have very few potential market-moving catalysts in the coming week. Monday marks an Easter holiday, and the financial markets will remain closed. However, we may have a few economic events for the rest of the week.

Notably, the first release of US GDP stands out as markets return to business. Here are the highlights for the next week.

The Australian Bureau of Statistics will be releasing the inflation for the Australian economy on Wednesday. It’s a quarterly figure and can drive strong fluctuations in the Aussie pairs. The Reserve Bank of Australia lately moved dovish and the data will work as a significant input towards the next rate move. Headline Consumer Price Index increased by 0.5% in Q4 2018 while economists are expecting a growth of 0.2% on Wednesday. The Aussie can stay weaker ahead of the news.

2 – German Ifo Business Climate – Wednesday, 08:00 GMT
After ZEW’s survey of businesses climbed back up to a positive area, the real test comes from Germany’s No. 1 Think Tank. Ifo Institute for Economic Research will release the business climate figure. It’s forecast to be released at 99.9 vs. 99.6 in the previous month.

Let us recall, it’s a survey of about 7K businesses which asks respondents to rate the relative level of current business conditions and expectations for the next six months. The figure can help investors with future trends of the Euro.

3 – Canadian Rate Decision – Wednesday, 14:00 GMT
Lately, the Bank of Canada made a dovish drop, following the lead of other central banks. The BOC has been one of the few central banks amongst liberal economies (apart from US Federal Reserve) that’s been able to raise interest rates despite the crises and trade war. The Bank of Canada has increased rates four times since 2017 but the hawkish policies seem to get hauled over the slowdown in economic growth.

The BOC is not expected to cut interest rates at this juncture, but Governor Stephen Poloz may provide further comments on the next policy moves in his press conference. The Ottawa-based institution also releases new forecasts. Officials see a potential of growth without inflation. In addition, the fresh BOC Business Survey showed a deterioration in economic conditions. Summing up, with no rate hike on the cards, the overnight bid rate is expected to stay at 1.75%.

BOJ Governor Haruhiko Kuroda will hold a press conference at the wake of the European session to explain the decision. Well, it’s important to watch their press conference to extract clues on the next policy and to drive trading sentiments on yen.

The Bureau of Economic Analysis is due to release the US GDP data at 12:30 GMT. The advanced GDP plunged from 3.4% to 2.2%. The first quarter of 2019 likely saw slower growth, partly due to the government shutdown. Yet, a growth rate of 2.2% is on the cards.

Lastly, I would say rejoice, forgive and celebrate! Let Easter blessings be showered on you. Stay tuned to FX Leaders!