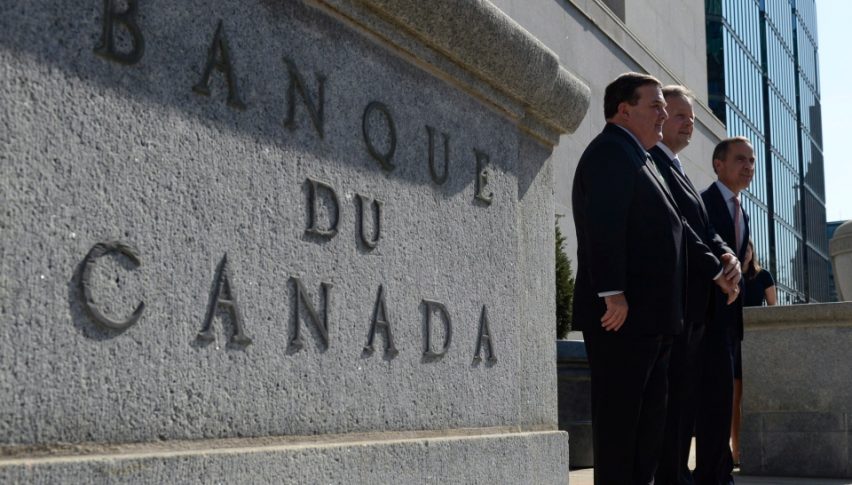 $60.00 Crude Oil Has Injected Some Positive Sentiment Into The CAD.

The Bank of Canada is holding its usual meeting today. They released the rate decision and the monetary policy statement that comes with it. As anticipated, the BOC left interest rates unchanged at 1.75%. But, the statement seemed more dovish, compared to the one in January. Here are a few takes from the MonPol Statement:

As you an see, a lot of dovish comments. There were some hawkish ones too but they are more like expectations of what the BOC hopes to happen in the future, while the dovish comments are actual. USD/CAD jumped 80 pips higher to 1.35 20 on those comments, so now the range of the past month between 1.33 and 1.34 is history. Although, chairman Poloz is coming out to hold a press conference soon, so keep an eye on him if you are trading the CAD.