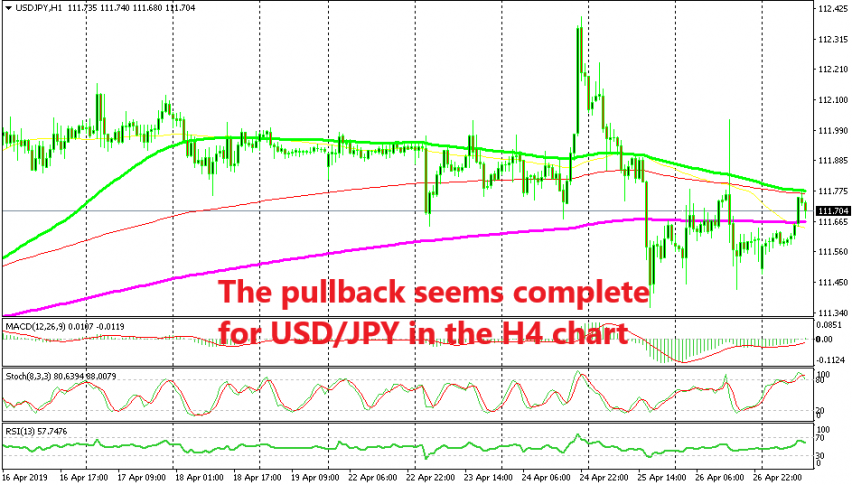 Selling the Pullback in USD/JPY Again

On Monday we opened a sell forex signal in USD/JPY when the price was below the 50 SMA (yellow) on the H4 chart, making a retrace after breaking the range of the previous two weeks to the downside. That was a good chart setup and the signal closed in profit, and today we are taking another trade on this pair.

The sellers pushed further down this week, breaking the 200 SMA (purple) as well on this time-frame yesterday after the US ISM manufacturing report showed that this sector dipped considerably, taking it closer to contraction. But Jerome Powell dismissed the soft inflation figures yesterday in his speech after the FED meeting as transitory.

That improved the situation for the USD immediately and this pair climbed around 50 pips higher. Although, we see now that there was no follow through during the night in the Asian session. Now stochastic is overbought on the H4 chart and the last two candlesticks are pointing to a bearish reversal. So, we decided to go short once again, hoping that the sellers will come back after the pullback higher.

Remaining Long on the USD, As US Services Remain Robust
1 day ago