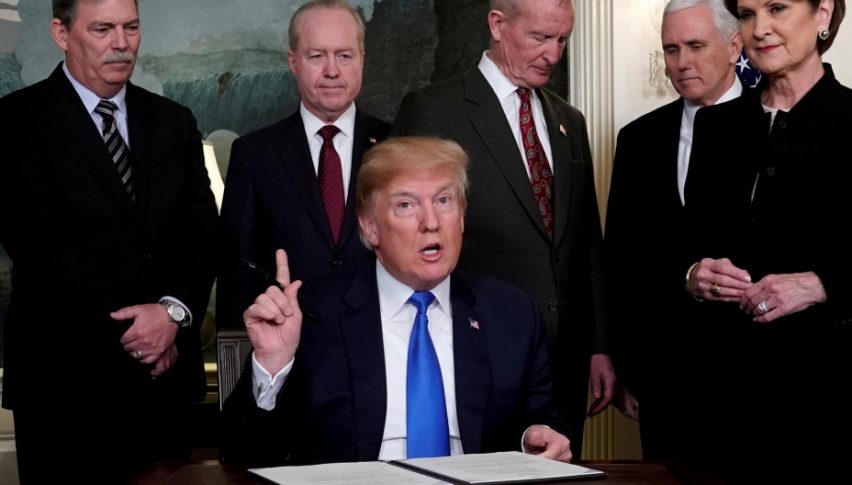 One minute, we're not done with tariffs yet

In the recent months, the sentiment has improved somewhat in financial markets and risk assets such as stock markets have benefited from the shift in the sentiment. Although, in the last few weeks markets were sort of skeptical and we have seen USD/JPY trade sideways mostly. But Donald Trump never lets markets get too boring. In fact, he loves messing with them. Yesterday, Trump tweeted that he is going to go full steam ahead on trade tariffs on China and increase them from 10% to 25% on $200 billion worth of Chinese goods. Below is the tweet if you missed it:

“For 10 months, China has been paying Tariffs to the USA of 25% on 50 Billion Dollars of High Tech, and 10% on 200 Billion Dollars of other goods. These payments are partially responsible for our great economic results. The 10% will go up to 25% on Friday. 325 Billions Dollars….” 9:08 AM – 5 May 2019
That hurt the sentiment and sent safe havens higher when markets opened in the Asian session. China replied as Wall Street Journal posted early in the morning. They are now considering cancelling this week’s trade talks with the US. Everything was going smooth with the trade negotiations until Trump went and ruined everything once again and now we are in no man’s land as markets are trying to weigh the impact of the new tariffs and figure out what to do in the meantime. We also heard rumours for more sanctions on Iran, so expect things to get worse before getting better.

Last week we had a sell signal in AUD/USD. This pair was retracing higher when we opened the signal but the main trend has been bearish for quite some time. We booked profit on that signal at the end of last week but I’m thinking of opening another one today. The fundamentals have turned even more bearish after the additional tariffs that Trump is threatening to add on China, hence the gap last night.

The services data from the Eurozone was sort of mixed again and it has left traders with no clues as tp where this sector will head next. But, the markets are already on a bearish mode as the sentiment turns negative once again after Donald Trump’s tweet on more tariffs on China. This comes when everyone was thinking that a trade agreement would be struck soon between the two giants. So we are back to square one with the trade war.