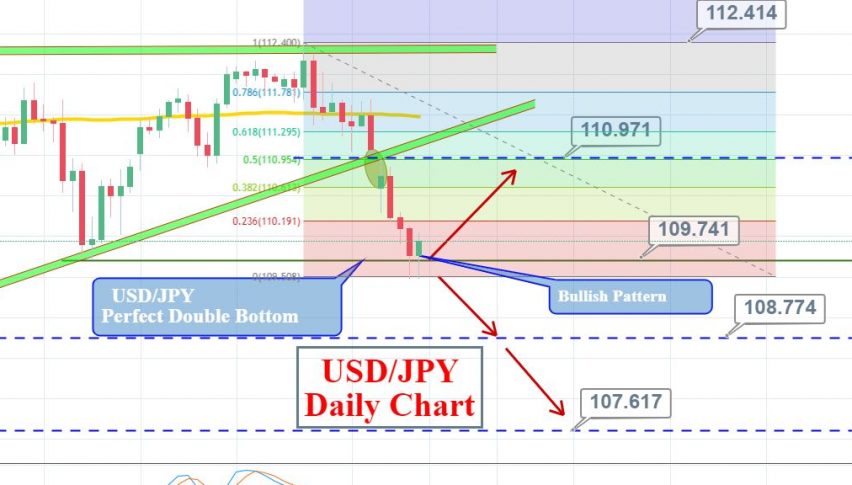 During the previous week, the market was surrounded by the uncertainty over the US-China trade war. The Trump administration executed its threat to inflate tariffs on $200 billion worth of Chinese exports from 10% to 25% earlier on Friday, denoting a sharp escalation in tension between the world’s two largest economies.

The following days could be critical. The US and Chinese moderators concluded another series of discussions on Friday without a settlement to fix American interests on market access and intellectual property theft.

China can’t do much to hurt the US economy due to the fact that it buys far fewer goods from the United States than the other way round. Last year, China inflicted $110 billion worth of tariffs on US exports and leaving roughly $10 billion worth of goods to target now. With that, the uncertainty level remains at a peak, keeping the safe havens gold and Japanese yen supported. As per the market sentiments, most of the forex traders are stuck in gold and Yen positions due to sudden and unexpected reversals. Thereby, I’m gonna share a long term outlook for both of these assets.

Gold is trading at 1,285, around the peak of their recent trading range but still striving to gain momentum. There are two major fundamentals driving gold’s momentum in the market.

Trade War – First and the foremost is the US-China Trade War which has driven extensive sell-off in the equity markets. As you know, the stock market and bullions work are considered substitutes for each other.

On Friday, the US inflicted 25% tariffs on Chinese products as there was no eleventh-hour trade deal reached between both nations. What’s scarier is that China has vowed retaliation.

US Consumer Inflation – On Friday, the US Labor Department announced that its Consumer Price Index (CPI) soared 0.3% in April, following a 0.4% increase back in March 2019. Certainly, the figures were weaker than expected, missing the forecasts calling for a 0.4% rise.

Gold could extend its bullish trend above $1,300 next week. Why is that?

What happens when the current range gets violated?
It depends on whether it’s a bullish or a bearish breakout. Well, let’s discuss both probabilities.

Bearish Breakout – Alternatively, the bearish breakout could extend selling until 1,267 and 1,251.

The US Dollar Index was mostly unchanged versus the safe-haven Japanese yen on Friday. It drove a tug of war between the bulls and bears over hike in US tariffs. The dollar closed a week around 109.940 against yen after slipping to a three-month low of 109.470 overnight.

During the previous week, disappointing US economic events and the US-China trade tensions triggered the demand for a safe haven currency Japanese yen. What’s next on the docket?

The low impact economic events like Bank Lending, Current Account, Economy Watchers Sentiment, and PPI y/y figures will be in highlights. However, the developments on trade war will continue to dominate the safe haven pair USD/JPY in the coming week.

Last week, the USD/JPY lost over 160 pips on the back of safe-haven demand and weaker US dollar. If you remember, the pair opened with a huge gap and slipped from 111.102 to 109.470 due to strong bearish power.

On the daily chart, the USD/JPY’s recent candle close double bottom support of 109.4050. Candle’s formation is half bearish and half bullish, suggesting a phase of indecision among bulls and bears. Typically, this kind of candle triggers a bullish reversal, especially if its followed by a sharp bearish trend.

Traders, I hope you liked the analysis. Feel free to post your questions in the comment box below as team FX Leaders is always here to help you out. Have a profitable week!

Forex Signals Brief for Jan 27: FOMC Ahead
4 hours ago