US Session Forex Brief, May 13 – Trade Wars! Expect it to Get Worse Before Getting Better - Forex News by FX Leaders 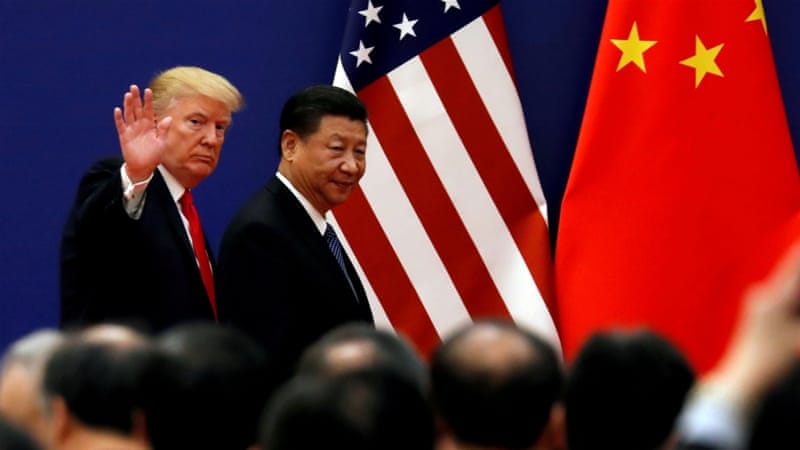 US Session Forex Brief, May 13 – Trade Wars! Expect it to Get Worse Before Getting Better

The sentiment in financial markets have improved this year after the deterioration at the end of 2018. As a result, stock markets have been pretty bullish and safe havens have been bearish, hence the downtrend in Gold since February and the uptrend in USD/JPY since the beginning of this year. But last week, the market sentiment turned pretty negative after Trump’s tweet over the previous weekend that the US would increase tariffs on China from 10% to 25%. Markets turned upside down, with safe havens gaining and risk assets declining. But towards the end of the week the sentiment improved a bit as China and the US turned down the tones and held the planned meeting, but the uncertainty remained.

Today, it seems that the sentiment has taken another hit and the decline in stocks has resumed again. The tariffs rhetoric is escalating again and besides the trade war with China, the US seems set to go on another tariffs war with the EU. Trump has just tweeted again on China, suggesting that China better suck up and accept the trade deal, otherwise things will be very bad for China. Besides, Wilbur Ross said last week that Trump will decide about auto tariffs on European cars on May 18 and today we had Germany refusing to comment, while the European trade commissioner Cecilia Malmstroem threatened back with prompt retaliation if the US goes ahead with tariffs. So, it seems that the trade deal between the US and China will be on hold for a few months, until one of them backs off and decides to come back to the negotiating table. Until then, stock markets should remain bearish.

The 50 SMA has now turned into resistance

USD/JPY turned bearish at the start of last week, opening with a gap lower and we saw a similar gap this morning. The downtrend lost some pace at the end of last week as sentiment started to improve a little, but now the sellers are in charge again and they are pushing lower after China announced retaliation on $60 billion worth of US goods. USD/JPY has lost another 60 pips just now, so the situation is pretty bearish for this pair.

China just announced a short while ago that they are going to retaliate, while Donald Trump tweeted that this would be bad for China, especially if they don’t get down and sign the trade deal. Reports also say China may stop purchasing US agricultural products and energy, cut Boeing orders and restrict US service trade with China. The Global Times reports that Chinese scholars are discussing the possibility of dumping US Treasuries and how to do it specifically. So, it is getting worse guys, brace yourselves.