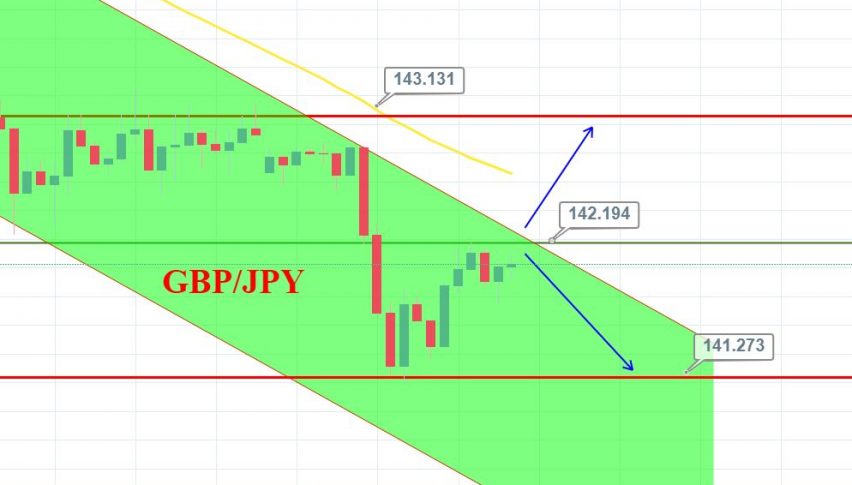 The cross currency pair GBP/JPY is trading slightly bullish at 142.200 on the back of strengthening Sterling. The bid tone around the safe haven currency Japanese Yen increased during the Asian session. The Japanese stock market index Nikkei is also down, suggesting the state of concerns over Trade War.

The UK employment rate was forecast to be 76.1%, higher than for the previous year (75.6%). The UK unemployment rate was expected at 3.9%; it has not been lower since the period October to December 1974. However, the actual figure fell to 3.8%, supporting the British Pound.

The bearish momentum in GBP/JPY seems to get weaker as the pair has reached a stable support level of 142.050. So, can we expect a bullish reversal now? Well, the technical indicators are still signaling a bearish bias. Especially, the RSI is below 50 which represents the bearish bias of traders.

GBP/JPY – Trading Plan
I’m looking to enjoy the choppy trading by selling below 143.72 and buying above 141.450 with a minimum stop loss of 30 pip. Whereas, the take profit should be 50 pips.

Stay in touch for updates on forex trading signals.