Is the 200 SMA Going to Turn From Resistance Into Support Now for Gold? - Forex News by FX Leaders 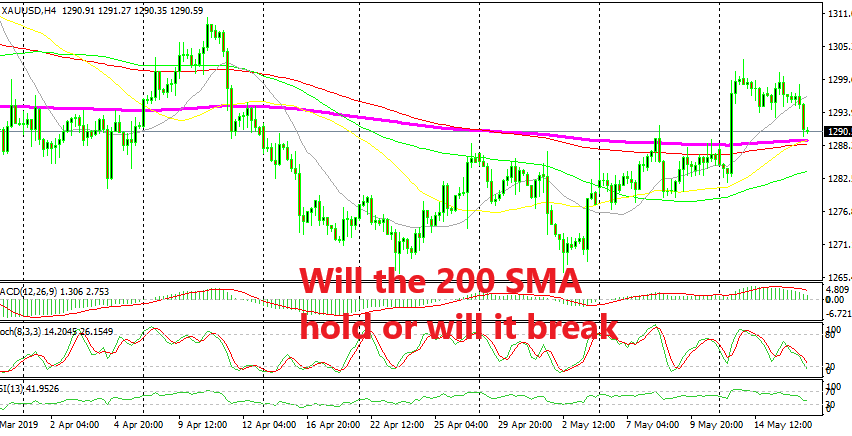 Is the 200 SMA Going to Turn From Resistance Into Support Now for Gold?

GOLD has been on a bearish trend since it reverse down in February, following a strong bullish trend which lasted for many months as the sentiment in financial markets turned sour on escalating trade conflict last year. So, the main trend is bearish since we have seen Gold make lower highs since February.

Although, at the end of April Gold formed a bottom at $1,266 and in the last two weeks we have seen a pullback higher. Some might argue that this could be a trend reversal but this week’s high is still lower than the previous highs, so unless buyers push above April’s high, the trend is still bearish.

In fact, the retrace higher might be over now as Gold has reversed back down today amid improving sentiment in financial markets that we are also witnessing from the climb in stock markets and in USD/JPY. Gold has lost around $10 today from top to bottom, but is now facing the 200 SMA (purple) which was providing resistance last week and it has provided resistance back in March and April. So it seems that the bearish trend is resuming again now, although this moving average will be the decisive factor. If the sellers push below it, then the trend is back to bearish. You should watch this MA which stand at $1,289 if you want to sell Gold.