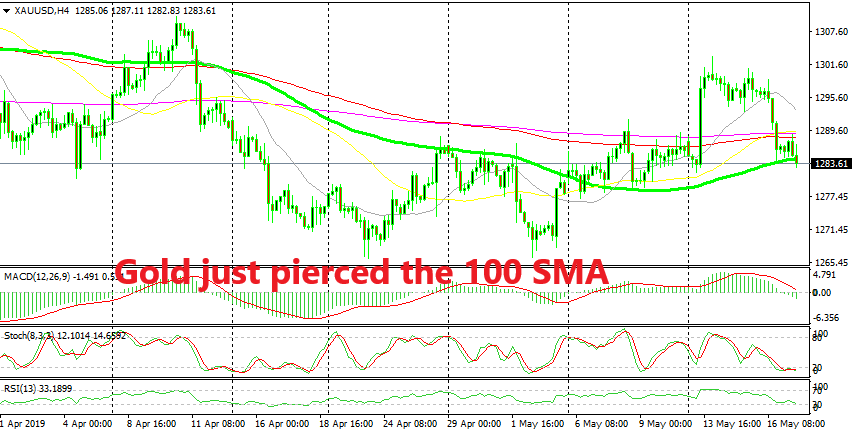 The retrace higher is over for Gold

GOLD has been pretty bullish in the last two weeks, although the main trend remains bearish after the reversal we saw back in February at $1,346. Although, during this reversal, Gold found resistance at the 100 SMA (green) first two weeks ago which then turned into support last week as you can see from the H4 chat above.

Then, the 200 SMA (purple) provided resistance during last week, which got broken on Monday. I though yesterday when the price was reversing back down that the 200 SMA would turn into support now, but that wasn’t the case. We saw a sudden and strange improvement in market sentiment yesterday, which is a negative thing for safe havens and Gold broke the 200 SMA without much resistance.

Gold Breaking Below Upward Channel - Why $1,770 Could be Support
3 hours ago

Gold Struggles to Break Above $1,786 - Hawkish Fed Predictions in Play
2 days ago