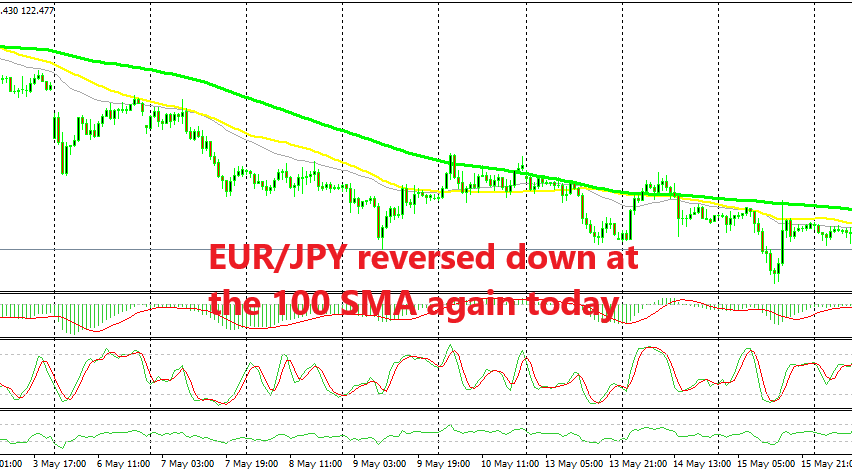 The downtrend has slowed for EUR/JPY

Yesterday we opened a sell forex signal in EUR/JPY as this pair was retracing higher. The retrace started during the US session on Wednesday and yesterday the pullback higher was complete on the H1 time-frame chart, so we decided to use this opportunity since the trend has been bearish for this pair.

The downtrend has been steeper in previous weeks and we see that the smaller period moving averages were providing resistance back then, which is the case when the trend is strong. But the trend slowed this week and the larger moving averages have come into play, with the 100 SMA (green) turning into resistance for EUR/JPY.

So, we decided to go short on this pair yesterday, hoping that the 100 SMA would resistance again and the price would turn bearish from there. The reversal took place this morning after EUR/JPY formed a doji candlestick on the H1 chart at the 100 SMA. We booked profit during the Asian session and now we are waiting for another pullback higher so we can sell EUR/JPY again at the 100 SMA.