Gold Slips Over Bearish Breakout – is it Going After $1,267? - Forex News by FX Leaders 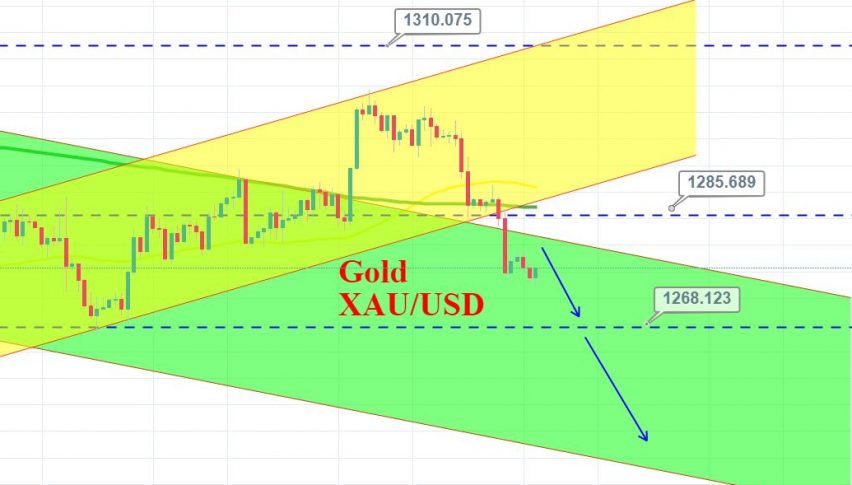 Gold Slips Over Bearish Breakout – is it Going After $1,267?

Gold prices also eased over after China state-run media showed excitement about the progress of trade agreement with Washington and also supported the dollar.

Let us recall, the market sentiment turned bullish for gold when US President Donald Trump surprisingly announced an increase in tariffs on 200$ billion worth of Chinese goods, after blaming China for slowing down the progress in discussions.

Last week, China countered the US by announcing duty hikes on American imports.

The idea is to trade the choppy market by being bearish under 1,284 and bullish above 1,275 with 40 pips take profit and 30 pips stop loss on both sides.