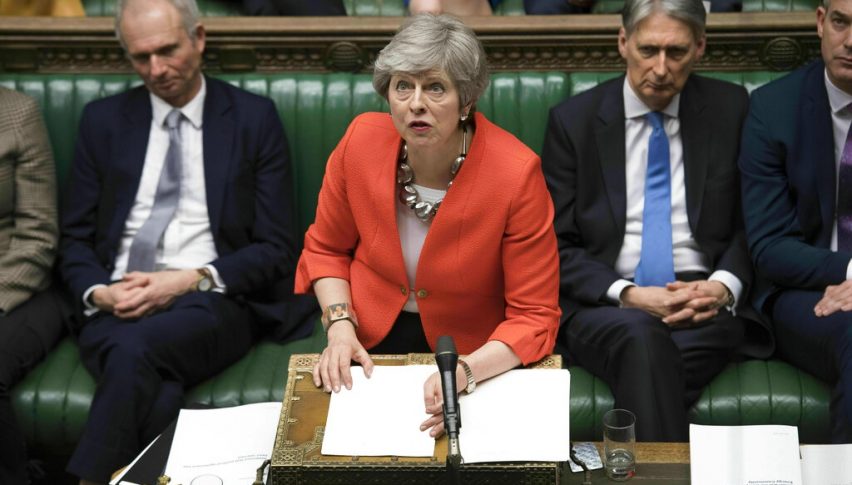 US Session Forex Brief, May 21 – GBP Finally Finds Some Bids as May Promises New Brexit Proposal

This is the last try for Theresa May, then she's out

Today is another boring day regarding the economic data. The most important event today was the speech from the Reserve Bank of Australia Chairman Lowe who sounded pretty dovish. The economy and employment are not in a good shape and the outlook would be worse if not taking into account a planned rate cut. He added that the RBA will take into consideration a rate cut in the June meeting, so it seems to me that this is a deal done after the failure to deliver a rate cut in the last meeting, before the RBNZ cut interest rates, by 25 basis points.

Things are going from bad to worse for the Australian Dollar as the trade war between the US and China escalates further. Yesterday we heard some unofficial rumours that China might place tariffs on Apple after the fight that the US has on with Huawei. But early this morning there was an official declaration saying that China is not bluffing in fighting this trade war, which seems like a threat to me and which will only make things worse.
Politics started moving in the UK again now after a few weeks of stagnation when we saw the GBP lose around 5 cents. British Prime Minister Theresa May will bring a new proposal for the Brexit deal which she will present in about an hour in the UK parliament. The new deal includes alternative arrangements, assurances on UK integrity in the event that the backstop is triggered. We still don’t know exactly what the proposal will be, but I doubt that will satisfy the parliamanet. Nonetheless, the GBP has finally found some bids in the last few hours.

Stochastic is overbought so the pullback is complete

GBP/USD has turned bearish and in the last two weeks the bearish trend has been picking up pace as it is showing by the 20 SMA (grey) which is pushing this pair down. Although we saw a jump earlier today after comments from Theresa May’s spokesperson who said that May will bring new proposals to the Parliament later today. But the jump ended near the 50 SMA (yellow) and now this pair is reversing down. If there is no breakthrough, then I expect the situation to get even more bearish for the GBP.

So the GBP finally made a small bullish move today which has already ended. Although we might see a big reversal from this downtrend if Theresa May brings something substantial to the Parliament in abut half an hour. If not, then the GBP will head even lower towards 1.20 because this is the last try for May before she gets booted off.