US Session Forex Brief, May 24 – The USD Turns Bearish, While the GBP Jumps on Theresa May’s Resignation - Forex News by FX Leaders 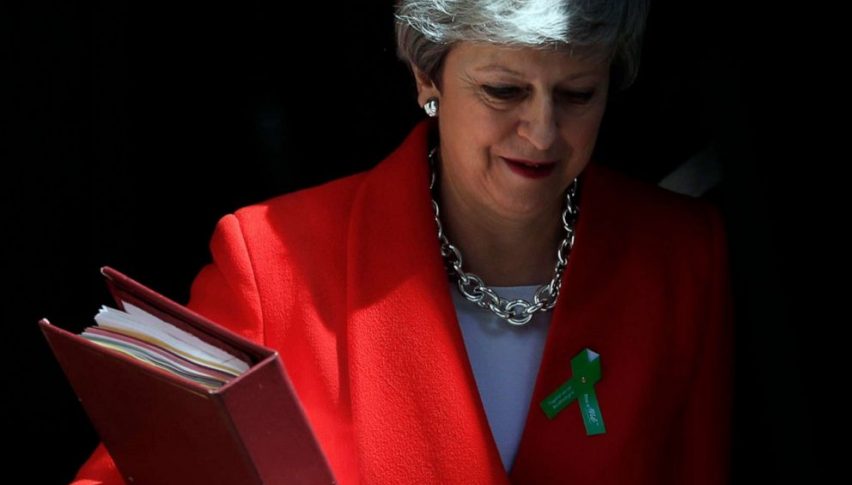 US Session Forex Brief, May 24 – The USD Turns Bearish, While the GBP Jumps on Theresa May’s Resignation

Theresa May's time is over

As we highlighted in yesterday’s midday brief, the USD has been on an uptrend for a few weeks since there is nothing else to buy as the uncertainty is still quite elevated in financial markets. There are many factors for this uncertainty – the US-China trade war, Brexit, the European elections, a weakening global economy, etc. The US economy is in the best place among major global economies as different sectors are in contraction or in stagnation in the other ones, hence the uptrend in the USD recently.

Speaking of the weakening in the global economy, the US manufacturing and services reports released yesterday in the afternoon were pretty horrible, showing that these sectors are edging closer to stagnation as well. So, no, there’s nothing to buy for forex traders with stock markets being bearish, the major currencies being bearish since their respective central banks have turned bearish, and Oil turning bearish as well. The only place to run for safety are the safe havens, which have turned bullish in the last two days because of this.

The GBP turned bullish for a moment as well earlier today on Theresa May’s resignation as Prime Minister of the UK. The Brexit situation was heading towards a dead end with her on the position and the UK was going to end up with no deal, hence the recent decline in the GBP. Now that she is out of the way, politics will stir up again and for this reason the GBP moved higher today, the uncertainty is still too great, so the GBP has reversed back down.

The price reversed around the 50 SMA again today

EUR/GBP has been on a bullish trend since the beginning of this month and the trend has been really straightforward. The 50 SMA (yellow) is defining the trend on the H1 chart despite being pierced like today and on the H4 chart the 20 SMA (grey) is doing that job. Today we saw a retrace lower as the GBP turned bullish for a moment after Theresa May’s resignation but the pullback ended around the 50 SMA again and the bullish trend resumed after that. So we have a bullish bias for this pair.

The uncertainty is growing as China prepares for a long term trade war with the US ad Theresa May finally decides to leave her post. The European Parliamentary elections are ongoing while the US joins the rest of the global economies which have been weakening after the terrible report we saw from US yesterday and today, so brace yourselves for harsh times to come.