Gold Steady Over 1,281 Support – Is It Worth Going Long? - Forex News by FX Leaders 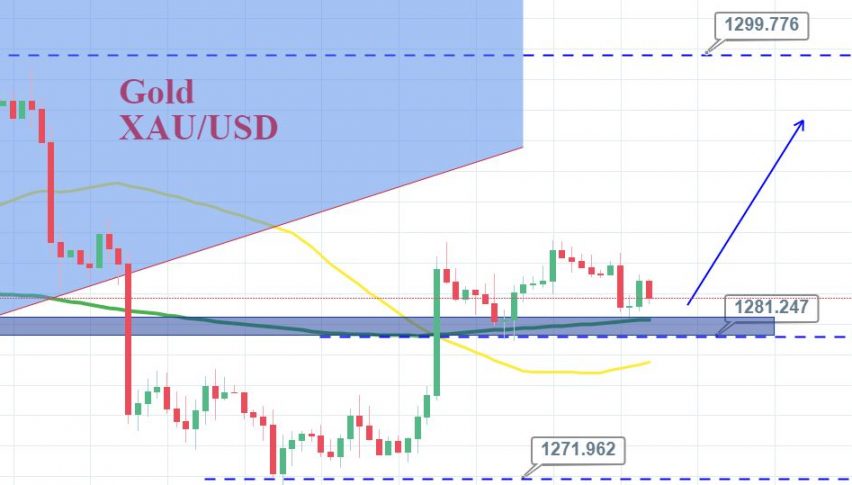 On Tuesday, gold prices inched lower to trade at 1,283, moving away from a one-week high hit in the previous session. The bearish trend triggered after the US dollar rebounded amid the European Union parliamentary election outcomes and seething Sino-US trade tensions.

The trading volume and volatility mostly remained low in the previous session following the closure of financial markets in the United Kingdom and the United States. The demand for safe-haven assets increased after the US President Donald Trump stated in a news conference with Japanese President Shinzo Abe that he was “not ready to make a deal with China”, bending hopes of a trade agreement between the world’s biggest economies. Well, the geopolitical tensions are keeping gold supported over the same old levels. 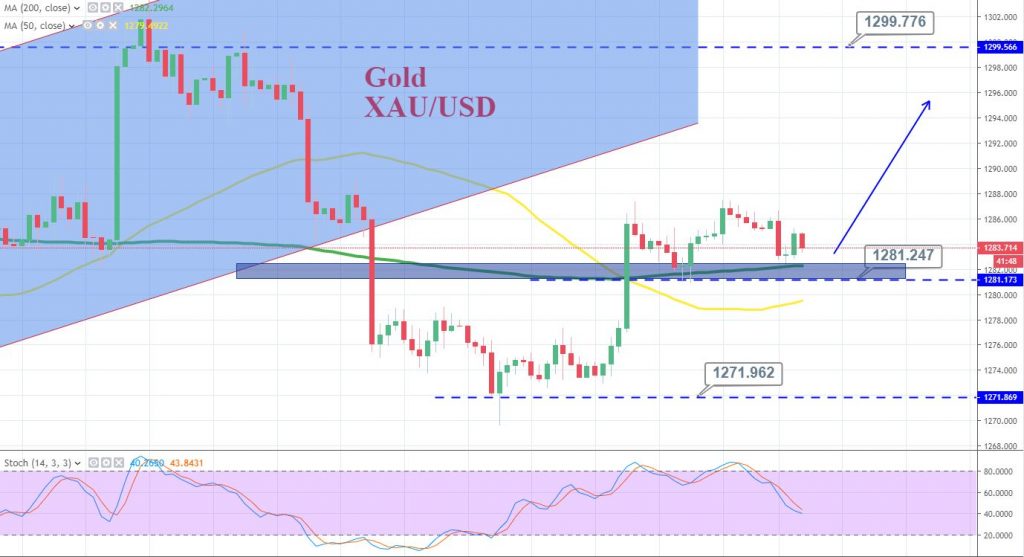 Gold is consolidating near 1,283 area with an upper range of 1,286 and lower range of 1,282 today. The Moving Averages have acted as resistance, so there’s a green light for a bearish trend.