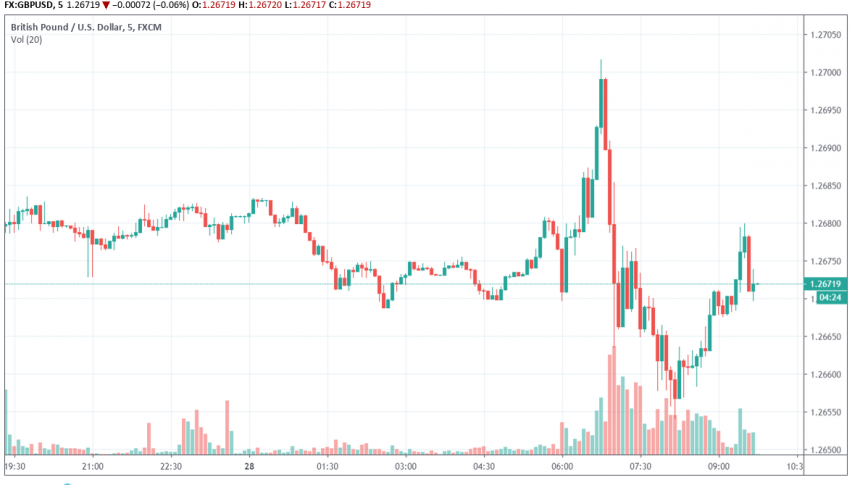 GBP/USD fell away to trade near four-month lows over increasing risks of a no-deal Brexit even as contenders vie to replace Theresa May as UK’s next Prime Minister. Ever since May announced her intention to resign on June 7, the likelihood of a no-deal Brexit has continued to increase.

Several Conservative candidates looking to replace May have been pressured to campaign for a pro-Brexit move, even if it means leaving the EU with no deal in hand after the October 31 deadline.

The only exception so far has been foreign minister Jeremy Hunt who stands apart with his statements that a no-deal Brexit would be political suicide. However, given that the EU has no interest in revisiting Brexit negotiations, we wonder if Hunt will be able to convince his party of his intentions to renegotiate a better Brexit deal.

As the European session gets underway, GBP/USD is trading at around 1.267 with no positive news expected to boost the pound higher anytime soon.

Buying the Retreat in GBP/USD After the Jump in US Inflation, As the 20 SMA Holds
2 hours ago