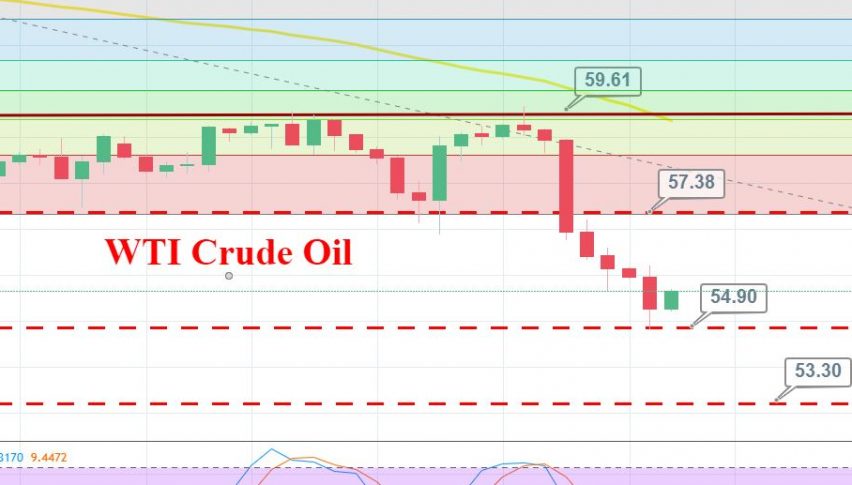 It’s been a volatile session for crude oil as WTI crude oil slipped below $59.61 to place a low around $54.90. On Friday, crude oil prices trade bearish after data showed the US crude inventories sank less than estimates from last week.

The world’s topmost oil exporter Saudi Arabia has increased production in May, but not by enough to offset for lower Iranian exports which dropped after the United States imposed sanctions on Tehran.

Technical Outlook
As you can see on the 4-hour chart, crude oil is consolidating above the intraday support level of 54.90. Below this, crude oil may have chances to go after 53.30. 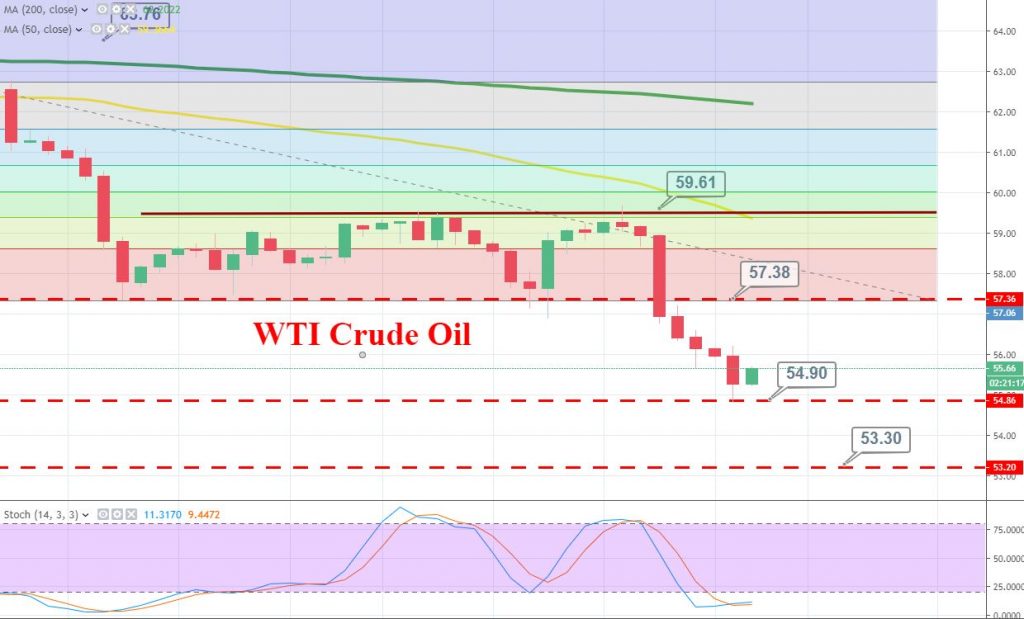 Both of the leading and lagging indicators, the RSI and 200 periods EMA, are suggesting bearish trend in oil. Although 54.85 seems excellent support, it’s risky considering the strong bearish momentum in the oil market. I will be looking to stay bullish above 54.80 only if crude oil manages to hold above 54.85.