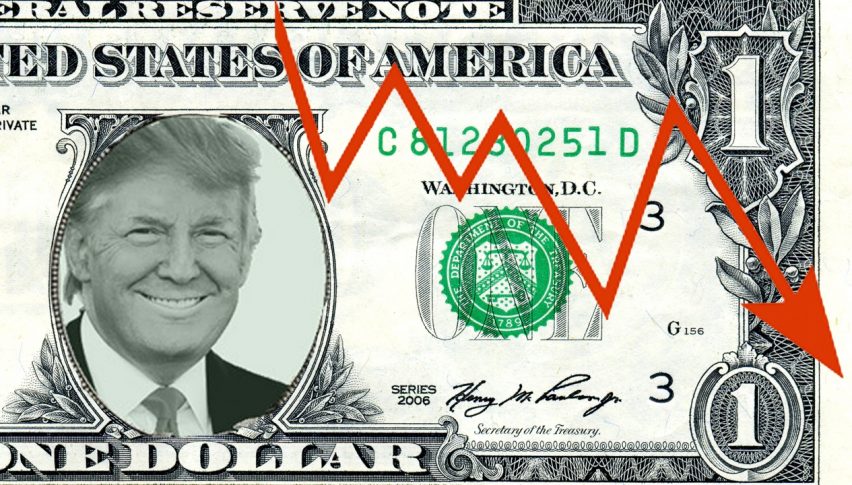 The US Dollar has been pretty bullish recently but last Friday it turned bearish without any apparent reason. Perhaps the escalating trade conflict between US and China, and rumours for another warfront between US and Mexico are weighing on the USD. But this situation will hurt everyone and it is already hurting the global economy even more than it is hurting the US economy. So, if something has to go down because of the escalating trade conflicts globally, the other major currencies have bigger reasons to fall than the USD.

But, the USD is going down and it has picked up pace today. EUR/USD is trading above 1.12 now while USD/JPY touched the 108 level earlier today. Even Crude Oil gained today on the back of USD weakness. US WTI touched $52 but bounced higher in the Asian and the European sessions, and has now climbed over 250 pips or $2.5. Oil should be bearish but Saudi Arabia reaffirmed that an extension of the OPEC+ output cuts deal is looking increasingly likely ahead of the meeting at the end of the month and that’s what’s been helping crude Oil today.

The trade conflict is still the main theme in financial markets. Donald Trump tweeted this morning from the UK that many companies are leaving China for other countries and the US, so I assume this conflict will go on for a long time as both sides keep their positions. 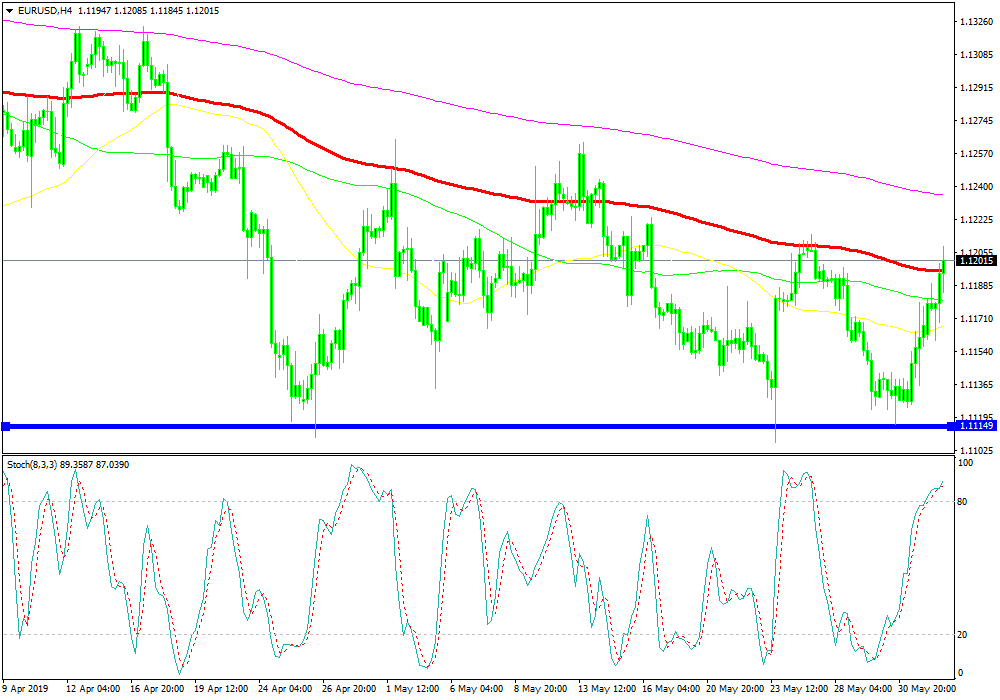 EUR/USD has been pretty bearish for a long time and last week it was mostly bearish. But we saw a reversal from the support area around 1.11 on Friday and today has been pretty bullish as well for this pair. But it has reached the 1.12 level now which provided resistance early last week and the 100 SMA (red) is still around this area as well. Stochastic is also overbought on the H4 chart which means that the retrace higher is complete. So, I expect a bearish reversal from here.

The manufacturing reports from all over the globe were released today. This sector remains in contraction in Japan, but at least the Chinese Caixin manufacturing remained in expansion in May as today’s report showed. US manufacturing continues to slow and that was the reason for the most recent decline in the USD today.