Retail and services remain on a good position in the US

The day started with the Australian GDP report coming out early this morning and the economy in Q1 grew by 0.4% as expected. Although, the economy has slowed down since then, so I expect the GDP report for Q2 to be weaker. Monday was a manufacturing day with reports for this sector being released from major economies, while today is a day for services. We had a number of services report being released in the European session, while later the US ISM non-manufacturing report will be released.

The manufacturing activity has declined dramatically across the globe in the last year and this sector is in a really weak spot. The services sector is also pretty weak, but at least, it is in a better position and it is not contracting like manufacturing is in different countries. Chinese Caixin services declined last month as today’s report showed, but the services activity expanded in most European countries.

Even in Britain which is in the middle of a big mess, the service activity expanded last month, while manufacturing fell into contraction. The European Commission started the disciplinary procedure against Italy today, but EUR/USD continued to climb on more USD weakness, especially after the soft ADP employment figures released a while ago. 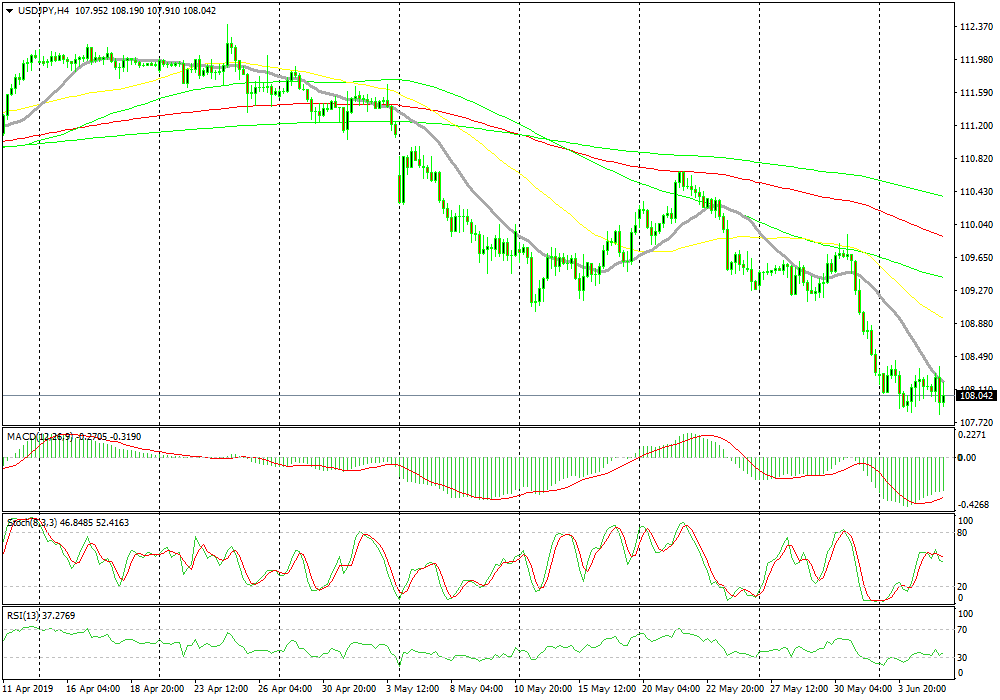 USD/JPY has turned pretty bearish in recent weeks as trade tensions escalate and the global economy weakens. The JPY has strengthened as a safe haven currency, together with Gold. USD/JPY broke below 108 yesterday but today it has been retracing higher during the European session. However, the buyers were having difficulties at the 20 SMA (green) on the H4 chart and the resistance level at 108.20-30. So we decided to sell there and booked profit a while ago. Although, the price still remains bearish for this pair.

The US ISM non-manufacturing PMI came better than expected, showing that this sector is in good shape despite the recent economic weakness in the US. The USD made an attempt to turn bullish but it is a pretty weak attempt so far, so the USD weakness continues despite a great non-manufacturing report. But, we will follow it to see if it will finally turn bullish after four really bearish days.