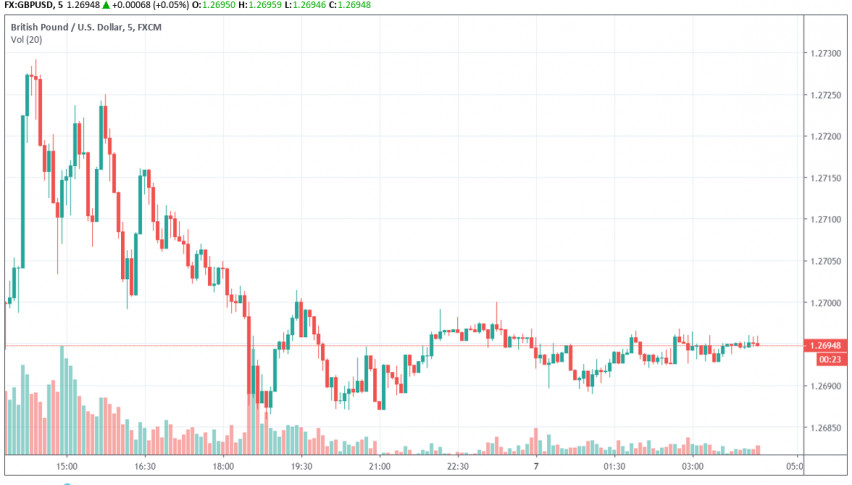 Political and Brexit uncertainties continue to keep the Pound under pressure and it is expected to continue this way until the UK finds a replacement for Theresa May. At the time of writing, GBP/USD continues to trade just under 1.27.

GBP made some gains on Thursday, but that was as a result of weakening in the US dollar over disappointing ADP employment figures. Investors continue to wait on the sidelines instead of trading the Sterling until some clarity emerges on PM Theresa May’s successor.

Markets remain concerned about the possibility of a pro-Brexit supporter coming to power, which could vastly increase the likelihood of a no-deal Brexit. Unfortunately, most of the candidates in the mix are campaigning on the lines of a hard Brexit on October 31, which could create havoc in the British economy in the long term.

Can we expect some movement in this forex pair later today over the release of US NFP figures?