US Session Forex Brief, June 11 – GBP is the Only Mover Today on the Back of Earnings Report - Forex News by FX Leaders 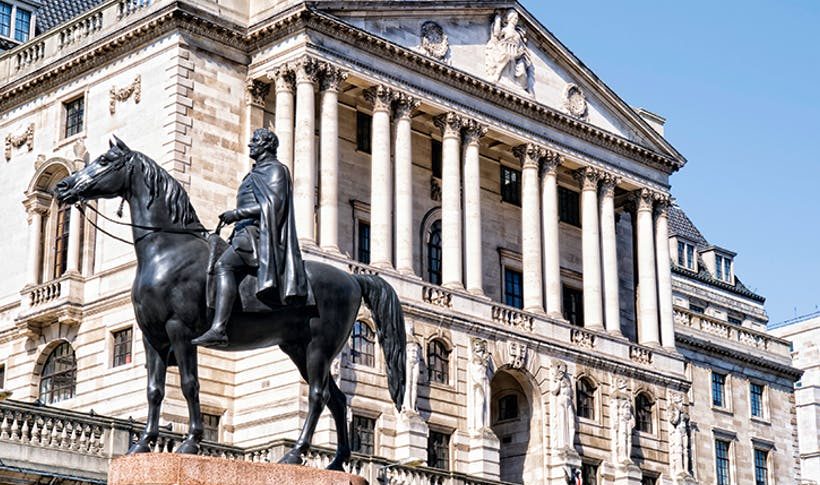 US Session Forex Brief, June 11 – GBP is the Only Mover Today on the Back of Earnings Report

Earnings are the only lifeline for the Bank of England

The GBP has been quite weak during May as the odds of Theresa May’s Brexit deal passing the British Parliament kept tumbling, which eventually led to the fourth and last rejection of the deal. Theresa May announced her resignation and now a race has begun for her successor. So, the politics have turned totally bearish for the GBP and fundamental have turned bearish as well. Yesterday we saw the GDP report post the second consecutive contraction in April of 0.4% after the first contraction in May, while manufacturing and industrial production, as well as construction output posted a major decline. As a result, market participants were expecting another soft report today for earnings.

But as we have seen time after time since the Brexit vote three years ago, the earnings don’t mind much for the rest of the economy or politics. The pace of growth has accelerated for average earnings in Britain in the last few years and the growth continues to be above 3%. Average earnings were expected to fall below 3% for April, but they remained above that level, coming at 3.1% as today’s report showed and the number for March was revised higher. Earnings excluding bonuses actually grew in April, so no effect here from Brexit. For this reason, the GBP was the only major currency with some decent price action today as it climbed 60 pips higher after this report was released, but it is reversing down again now since all fundamentals apart from earnings are quite dovish. 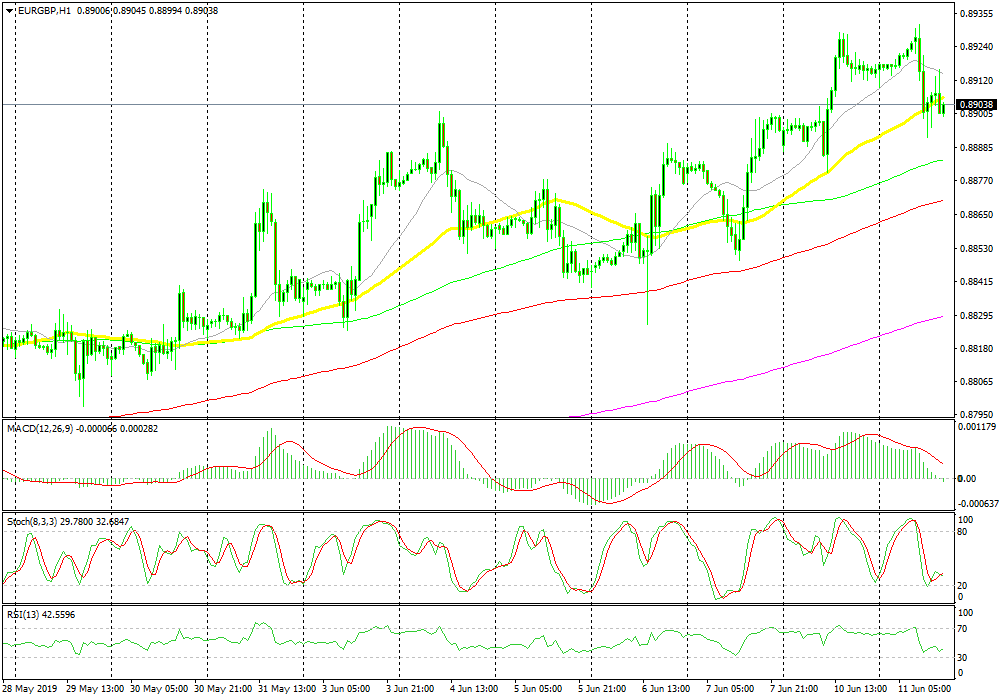 The price has been hanging around the 50 SMA

EUR/GBP has been on a bullish trend since the beginning of May. It has made retraces lower, but they have ended at moving averages and this pullback lower seems like it might end at the 50 SMA (yellow) on the H1 chart. the price has been hanging around this moving average for a few hours now, so it seems as the 50 SMA is already providing support. The fundamentals are bearish or the GBP, which means bullish for this pair. Although, I might wait a bit longer until the 50 SMA catches up in the H4 time-frame.

The GBP has been the biggest mover today, moving up and down in a 50-60 pip range. Although in the last hour or so the other pairs are starting to show some signs of life and they are moving against the USD, so this seems like a USD move. The Buck has been bearish last week but yesterday it recuperated some of the losses, so let’s see if the USD will keep yesterday’s gains or whether it will turn bearish again.