For now, traders’ focus will be on the upcoming meeting of the Organization of the Petroleum Exporting Countries (OPEC). The main agenda will be to monitor if it continues with oil production cuts, due later this month. The energy minister of the United Arab Emirates, Suhail bin Mohammed al-Mazroui, stated at the start this week that OPEC members were close to reaching an agreement to continue reducing output. 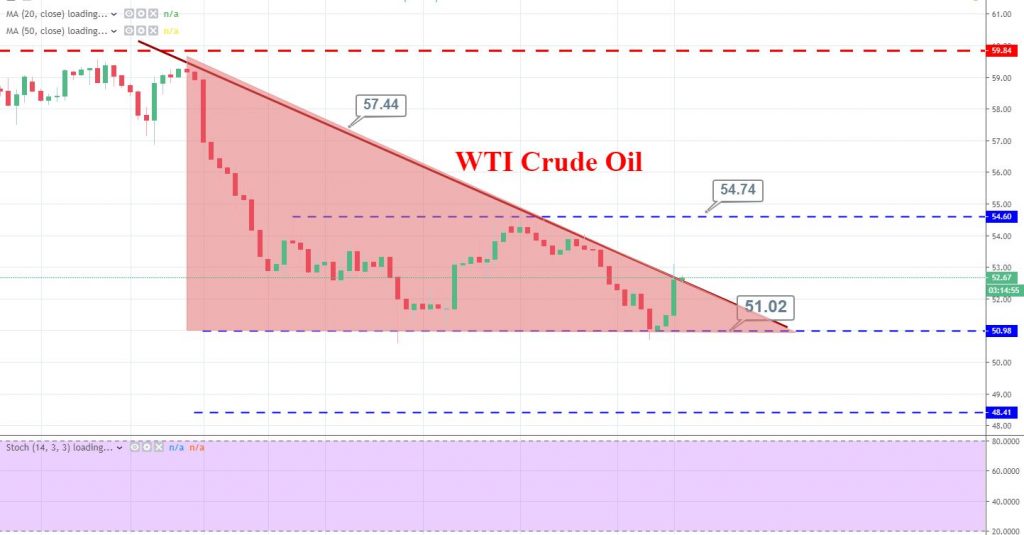 Technically, crude oil is trading in a descending triangle pattern, supporting oil around 51, along with resistance at 53 and 54.60. Stochastic is peaking out of the oversold zone, perhaps to confirm whether it’s a reversal of retracement.

The descending triangle is keeping oil bearish below downwards trendline resistance of 52.60. The 50 periods EMA is also keeping it below the level.

In case of a bullish breakout, oil can extend its bullish rally until 54.75. While a bearish breakout at 51 can lead oil prices to 48.85.

Oil Prices Remain Supported, After the Cyberattack on US GAS Pipelines
1 day ago