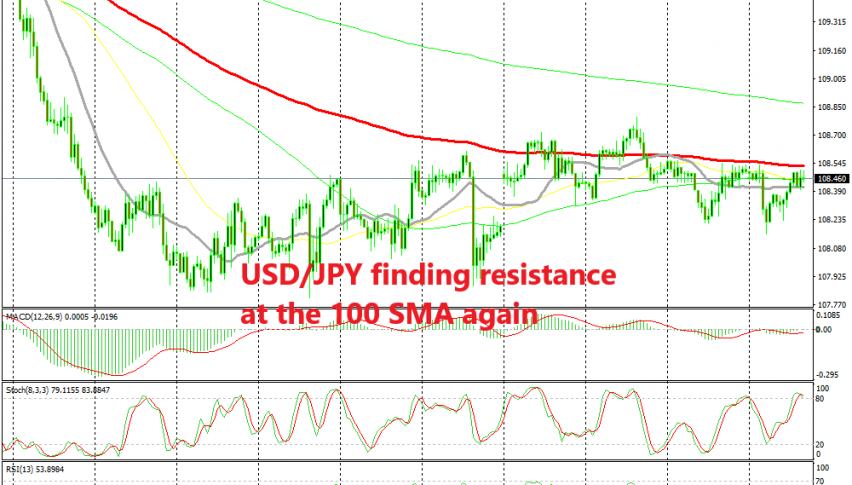 USD/JPY has been quite bearish since the beginning of May as the trade war escalated again. During  this time, we have been dovish on this pair and have opened many sell signals. The vast majority of our trades here have been successful part pretty negative from last week when USD/JPY turned bullish as it was retracing higher.

This week, we kept selling as the sentiment in financial markets continues to remain pretty negative on escalating trade war as well as increasing political tensions. Today we heard about the explosion of Iranian Oil tankers in the Gulf, while China repeated that they will fight the tariffs fight until the end. So, the situation should remain bearish for USD/JPY as the market keeps leaning on safe havens.

USD/JPY dived around 50 pips lower during the night on the Iranian Oil tankers explosion. But it retraced higher during the European session, although the climb stopped in the US session. The price ran into the 100 SMA (red) which provided resistance yesterday and it seems like USD/JPY is finding resistance at this moving average again. So, we decided to take our chances and open another sell signal here, hoping that the sentiment doesn’t turn really positive soon.

Will We See A Pullback in Ripple (XRP) This Week?
6 hours ago