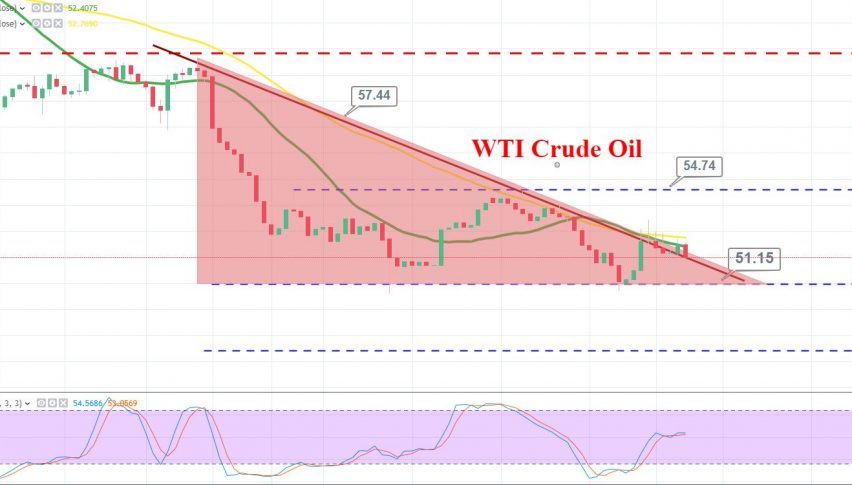 Oil prices rose during the Asian session as investors reacted to the news about the blast of two tankers in an attack near the shore of Iran which triggered buying.

Uncertainty increased after the US Secretary of State Mike Pompeo blamed Iran for carrying out the attacks, although, it’s still not clear who’s behind this latest attack. Iran denied these allegations, saying it is not involved in the attacks. 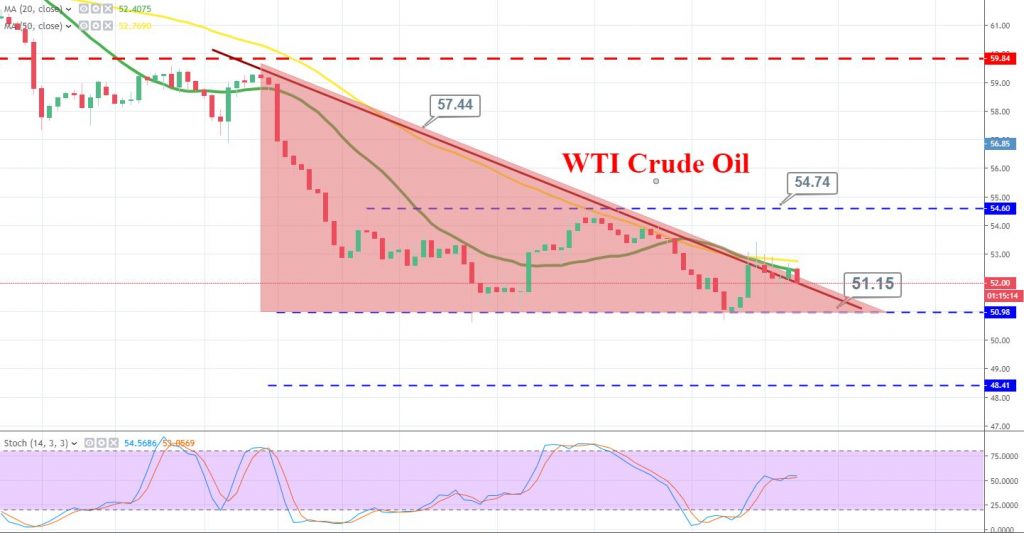 At the moment, the technical side of crude oil suggests a bearish bias. For instance, the 4-hourly has formed a descending triangle pattern which is supporting oil around 50.95 along with resistance around 53.

The violation of 53 support level may trigger sharp sell-off until 48.45. Whereas, the bullish breakout of 53 can extend oil prices towards 54.60.