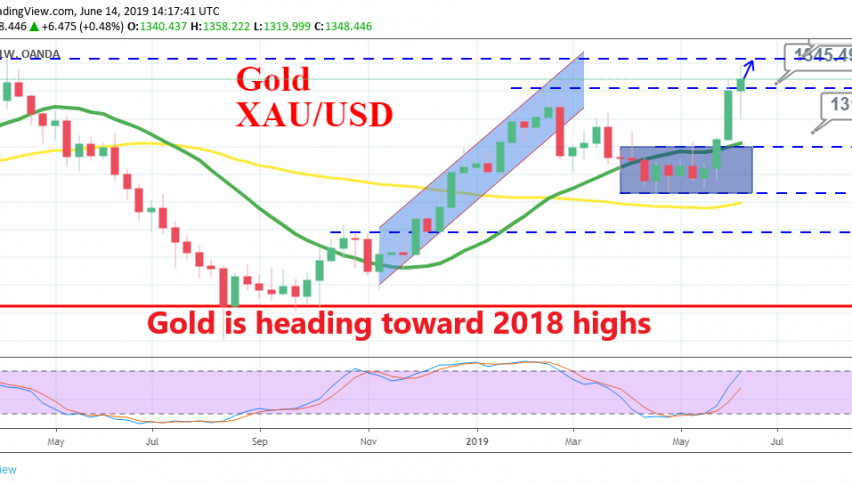 Gold will remain bullish if the global economy keeps weakening

GOLD had a roller-coaster ride last year. It was trading near the top at $1,365 at the beginning of last year, but it turned lower as the year progressed. It fell to $1,160 in August, but then the price started to turn bullish as the global economy started to show sign of weakness, coming from the trade war, which were ignored at first.

During the second half of the year, Gold turned pretty bullish as the global economy weakened further and that price action spilled well into this year, lasting until March when Gold climbed above $1,240. Gold retraced lower in the following months and traded in a range below $1,300 for several weeks.

But in the last few weeks, Gold has turned really bullish again as the weak economic data from the US has been piling up which have hurt the sentiment. That helps safe havens such as Gold and the JPY, on the other hand, the USD has been weakening and Gold is traded against the Buck.

Now Gold has broken above this yea’s high and is heading towards last year’s resistance. Will it break above it? Well, if the global economy keeps softening and the political tensions remain elevated, then it probably will, so we have to follow politics and major fundamental economic events to see where Gold will head next.