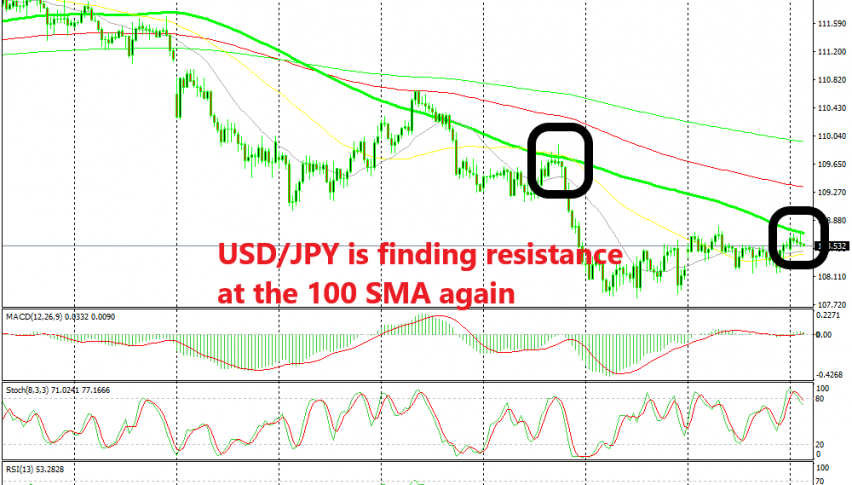 Selling the Pullback in USD/JY at the 100 SMA

The retrace higher is complete on the H4 chart

USD/JPY turned pretty bearish at the beginning of May after the trade war escalated. Bearish momentum grew as the month progressed and this pair lost more than 400 pips from top to bottom during that period, as safe havens such as the JPY, the CHF and Gold attract bids when the sentiment is negative in financial markets.

But, this pair formed a base two weeks ago below 108 and  it has been retracing higher since then. But the trade was is still in full force and the sentiment remains negative, so the retrace has been pretty weak for this reason. The climb has only been worth around 70 pips, which  really small for two weeks if the trend was to shift to bullish.

So, the trend remains bearish and it might as well be over now. The stochastic indicator is overbought and is turning down while the 100 SMA (green) which provided resistance for this pair three weeks ago when the price was on the way down. It seems like the 100 SMA has taken up that job again now and the price has been slipping lower in the last few hours. The last few candlesticks look like doji/pins/hammers all of which are reversing signals, so we opened a sell forex signal a while ago, now waiting for the price to reverse back down.