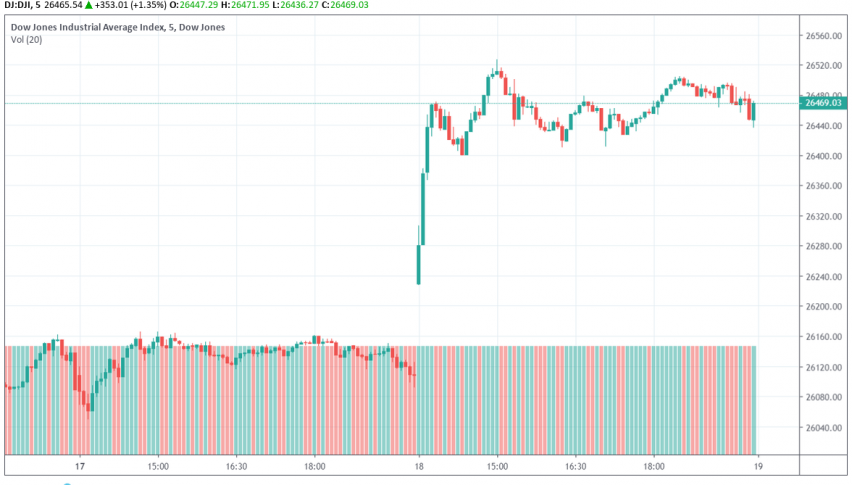 Early on Wednesday morning, Dow futures are trading slightly higher in anticipation of Federal Reserve’s interest rate decision due later during the day. At the time of writing, DOW is trading at above 26465, after closing at 26112.53 yesterday.

While the Fed is widely expected to keep interest rates on hold at current levels, markets are waiting to hear any clues about upcoming rate cuts in the near future over weakening economic data and inflation in the US. Today’s comments from Fed Chair Jerome Powell would be of special interest to see if Trump’s statements on rate cuts have had any impact on the Fed’s decisions.

Following ECB President Mario Draghi’s dovish comments on Tuesday, President Trump had criticized the central bank of manipulating the Euro currency. Draghi had remarked that the bank would soon explore stimulus measures to support weak inflation in the Eurozone.