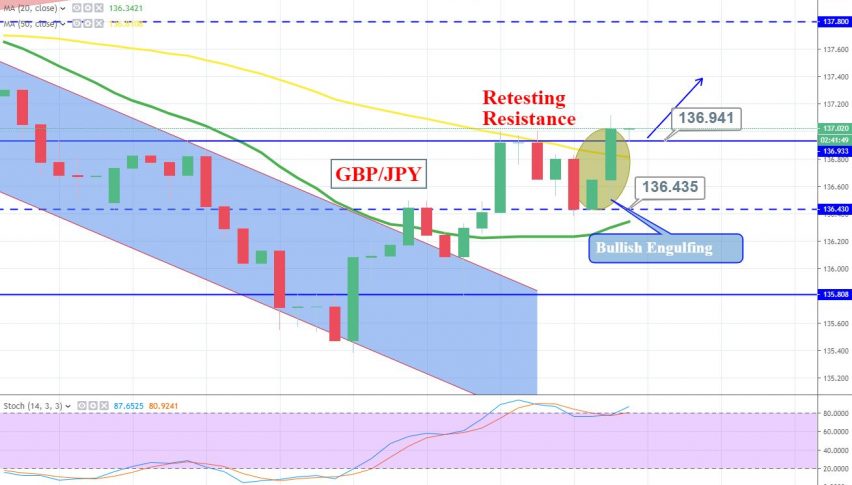 The Office for National Statistics released a the British Retail Sales data just before the release of BOE policy decision. In the three months to May 2019, the volume purchased in retail sales grew by 1.6% when versus the previous three months. However, the negative results came from the department stores where the quantity bought fell by 0.9%, continuing the losing streak for the third consecutive month. Overall, the UK retail sales disappointed the market with a 0.5% dip, which is higher than 0.1% dip previously.

Despite weaker economic data, GBP/JPY’s bullish trend doesn’t seem to stop. The Japanese cross seems to form “Three White Soldiers” as GBP/JPY has formed two bullish candles already, and the third one is expected now. The pair may face immediate support at 136.900 along with a resistance level of around 137.350 and 137.650. 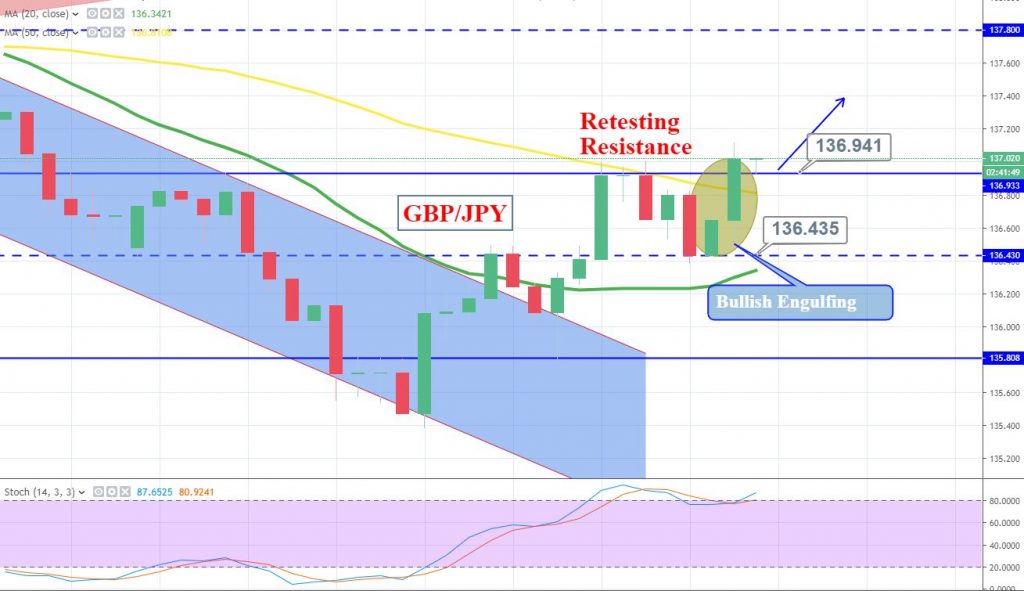 GBP/JPY – Trade Signal
Team FX Leaders has already opened a forex trading signal to buy above 137 with a stop loss below 136.62 and bullish target of around 137.32.